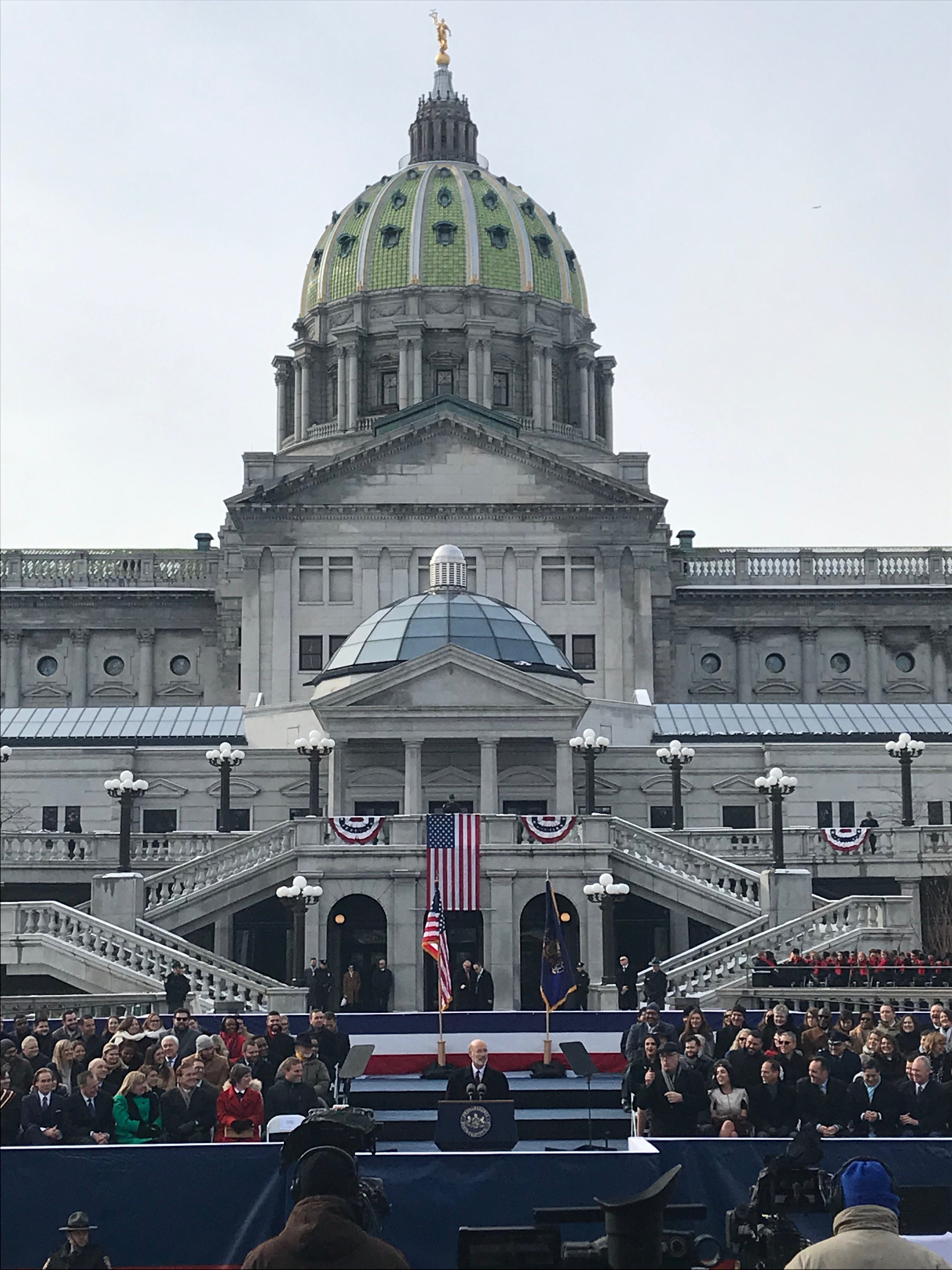 From a crossroads to a comeback was the message from Pennsylvania’s 47th Governor as he was sworn-in for a second term in office.

After sailing to a comfortable re-election bid in November over former state Sen. Scott Wagner (R-York), Gov. Tom Wolf officially began his second term in office today by reflecting on the progress of the previous four years.

He boasted about an improved economy, infrastructure, healthcare insurance, education funding, criminal justice reform and more as points of proof for a successful first term.

Wolf touted progressive talking points, but made it a clear in his address that he credits bipartisanship as the reason for improving the state.

“And while we’ve had plenty of fierce arguments in Harrisburg, that hasn’t stopped Democrats and Republicans from working together to legalize medical marijuana, modernize our liquor system, make our pets safer, and pass comprehensive pension reform that puts our fiscal future on sounder footing,” Wolf said. “Our differences haven’t stopped us from putting a down payment on criminal justice reform with the Clean Slate bill, instituting new protections against domestic violence, and passing our first gun safety law in decades.”

Wolf likened the “comeback” of Pennsylvania to the return of his daughter, Sarah, and son-in-law, Joe, to the state after choosing to live elsewhere for years, seeing promise in the Commonwealth’s future.

“We were mired in a crisis of confidence, and for good reason,” Wolf said referencing the issues he faced on day one as governor. “Four years later, those challenges haven’t disappeared. But we’ve proven that those problems really aren’t insurmountable.”

The governor appeared to single out the differences in Harrisburg to the current government shutdown in D.C. while parading his first four years.

“As Leader Corman said, we’re not like Washington. We can work together here in Harrisburg,” Wolf said. “We can get things done.”

Wolf didn’t harp on one specific policy goal for the next four years, but promised an “ambitious” Pennsylvania, which he believes will lead to the beginning of brand-new possibilities.

“…Where we don’t wait around for Amazon to move here, because we’re building the next Amazon,” he said referencing Amazon choosing to take their second headquarters in New York and Virginia.

The governor also recalled what he said was “unquestionably the toughest day” of his first term: the shooting at the Tree of Life Synagogue in Pittsburgh that resulted in 11 deaths.

He touted the resiliency and strength of Pennsylvanians in that tragic moment to prove that’s “who we are.”

Wolf will be joined in his second term by newly sworn-in Lieutenant Gov John Fetterman, who thanked those in attendance for “braving the cold” and echoed the sentiments of the head honcho in Harrisburg.