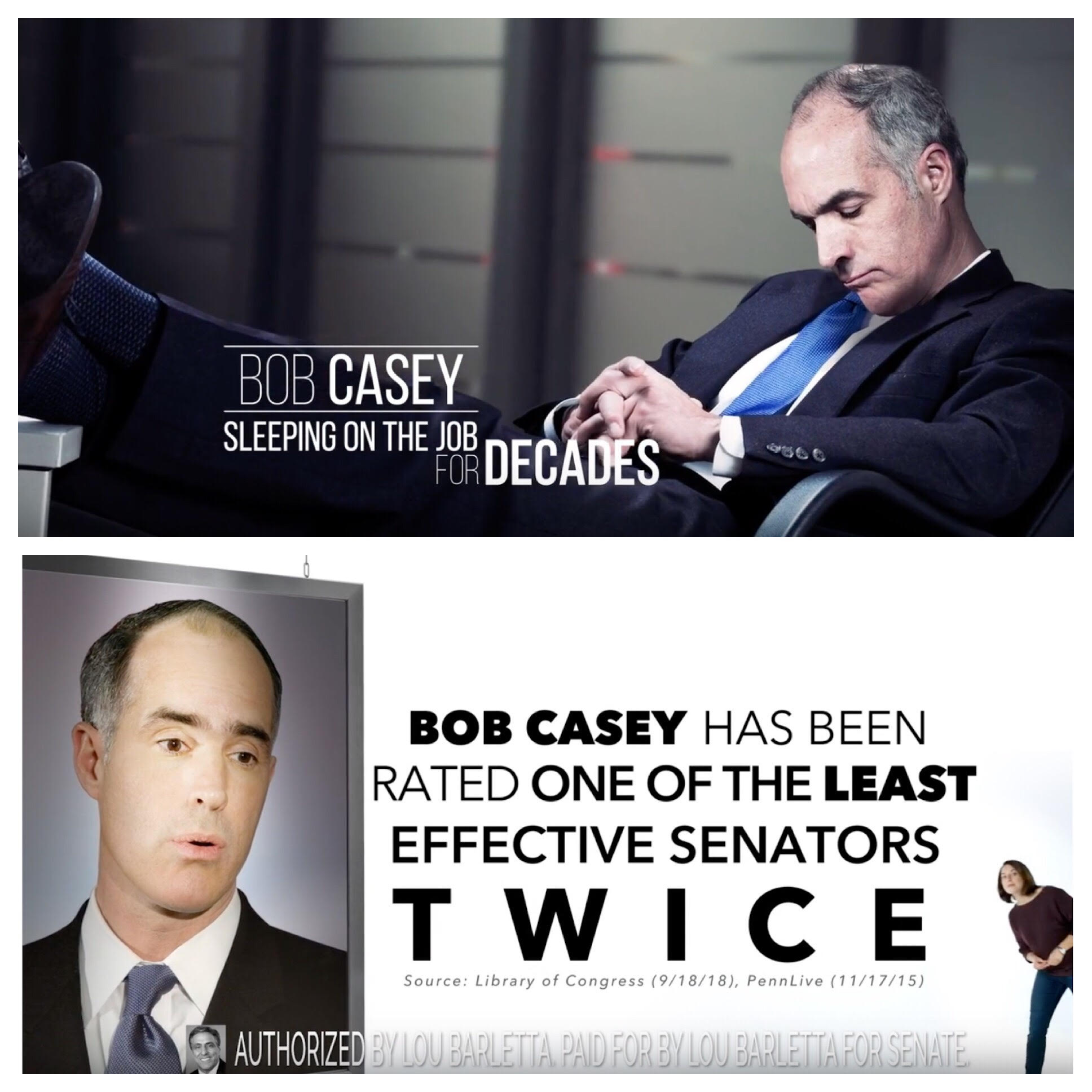 “I’m here to tell you everything Bob Casey has done as our Senator,” a woman says in the thirty second ad “Juggler,” which is followed by 25 seconds of silence. “I’ve got nothing.”

The Barletta campaign debuted this ad just a couple of days after releasing their first attack ad on Casey titled, “Hero” that depicts a very similar message as the newest ad.

“He’s been asleep on the job, only writing four laws in 12 years while making over $3 million,” said Beynon. “Now Casey’s asking the people of Pennsylvania for another six years? Give us a break! You didn’t do your job Mr. Casey, and now you need to reap the consequences.”

The two newest ads from the Barletta campaign are running on cable in Philadelphia and on broadcast TV in every other Pennsylvania market except for Scranton.

The Casey campaign fired back at the attacks in the Barletta ads and detailed some of legislation the senior Senator has put forth, which includes a bill that his most recent ad highlights that combating sexual assault on college campuses.

“Bob Casey has passed more than 40 bills into law in his second term, including landmark legislation to combat sexual assault on college campuses and help millions of Americans with disabilities realized their full potential,” said Max Steele, campaign spokesman.

The Casey campaign also boasted about the legislation signed into law in the past year, but delivered a punch back at his GOP challenger’s record.

“After nearly a decade in Washington, Lou Barletta is resorting to lies because he can’t defend his record of voting to slash Medicare and end protections for preexisting conditions,” Steele said. “But Pennsylvanians are smarter than the Congressman gives them credit for. They know Bob Casey has always delivered results for workers, seniors, and middle class families.”