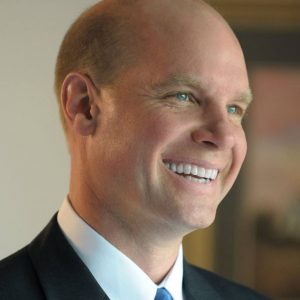 Matt Connolly, a former race car driver and two-time GOP candidate for Congress, ended his GOP bid for the 7th Congressional District Thursday. He will remain involved in the race and offered some parting shots to one of the other Republicans left standing in the race.

“Dean and I have agreed we can best serve the District by combining our efforts to bring our America First message of continued economic growth, family values, ending illegal immigration and eliminating sanctuary jurisdictions to Lehigh Valley voters,” Connoly said in the joint statement. “I am excited to have accepted the role of Senior Advisor for Dean’s campaign to help bring the best of both of our campaigns to the voters. We will be stronger and better able to serve the District than we would have been working separately.”

Browning credited Connolly in the joint statement as a “great supporter of the America First agenda,” adding that they are both committed to “exposing our Congresswoman’s socialist voting record.”

While Browning and Connolly’s joint statement included criticism of Rep. Susan Wild (D-Lehigh), it did not address the other Republican seeking the party nod, former Lehigh County Commissioner Lisa Scheller, who has been endorsed by House Minority Leader Kevin McCarthy (R-CA) and was recently named to the National Republican Congressional Committee’s “Young Gun” program as “On The Radar.”

Although the joint statement didn’t take aim at Scheller, Connolly explained in detail his decision to leave the race and the differences he sees between the two candidates left in the GOP primary, accusing Scheller of being a “never Trumper.”

“The more I thought about it, it’s time to win the war and not the battle,” Connoly said to PoliticsPA. “And the war is to get rid of Susan Wild with the right candidate.”

“It’s best that we combine our efforts and have a unified front,” he added.

Browning likened the decision to exit the race to avoid what happened in the special election in the old 18th Congressional District when Democrat Conor Lamb bested GOP state Rep. Rick Saccone in the Trump friendly district. Connolly said that Saccone “was not the best candidate” in the race, saying the other two Republicans who sought the party nod split the vote, leading him to be the nominee and ultimately losing to Lamb.

“I didn’t want to see that happen again,” Connolly said.

While Connolly said that he is supporting Browning, he said he would support Scheller if she earned the GOP nomination for the seat.

“I would support a ham sandwich against Susan Wild,” Connolly said.

Scheller disagreed with being characterized as a “never Trumper” and touted her support for conservative positions.

“Dean Browning’s sole accomplishment was to raise taxes in Lehigh County during his one, regrettable term as a county commissioner,” Reynolds added. “The only thing Matt Connolly has succeeded in doing is to drop from the ballot amid questions about the validity of some of the signatures.”

This is not the first time that Scheller has been accused of being a “never-Trumper.”

After Connolly entered the race in November 2019, he accused Scheller of the same charge, in which her campaign responded by saying that both Browning and Connolly “displayed Republican values when it comes to taxes,” saying that “Connolly failed to pay his taxes” and that “Browning voted to raise taxes.”

Wild, who is currently serving her first term in Congress after defeating Republican Marty Nothstein in 2018 by 10 points, is running unopposed in the Democratic primary for the seat.

This story was updated with a comment from the Scheller campaign.