To intense national attention, Pennsylvania voters made their primary election choices on May 17. In most cases, both Democrats and Republicans got the candidates they wanted. But our periodic ranking of most vulnerable seats in the state’s congressional delegation hasn’t changed very much since our last assessment on April 2. 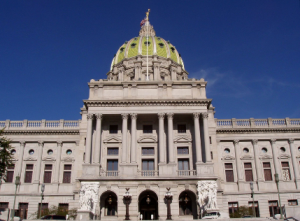 As always in our ratings, the districts are ranked in descending order, from most vulnerable to less vulnerable.

Here’s the list as it stands now. We’ll update it periodically as Election Day approaches.

This district, which Hillary Clinton would have won by 28 points in 2016, remains the most likely of any Pennsylvania congressional seat to flip partisan control this fall. After the seat became open following the allegations of sexual harassment against Meehan – and after the lines were redrawn to the Democrats’ benefit by the Pennsylvania Supreme Court – Democratic candidates flocked to run in the primary. In the end, Mary Gay Scanlon, an education advocate, secured 28 percent of the vote, well ahead of second-place finisher Ashley Lunkenheimer, a former federal prosecutor who won 15 percent, and even further ahead of a host of other Democratic hopefuls. Republicans are resting their longshot hopes in the district on former prosecutor Pearl Kim.

Under the new lines, this open Republican-held district would have supported Clinton by 10 points. Both parties’ candidates ran unopposed in the primary. Democrats remain optimistic about their candidate — Chrissy Houlahan, a Stanford- and MIT-educated Air Force veteran and businesswoman with a strong fundraising record. Republicans have been attacking Houlahan for her history of foreign outsourcing, but their candidate, Greg McCauley, is an untested former Wendy’s franchise owner who is being outraised by Houlahan by a nearly 38-to-1 margin.

This seat remains a rarity in Pennsylvania this year – a vulnerable Democratic-held district, thanks to incumbent Democrat Conor Lamb’s decision to vacate it to run in a friendlier district. Both parties are happy with their nominees. On the GOP side, state Sen. Guy Reschenthaler, a former judge and Navy veteran, defeated Rick Saccone, who had lost the high-profile special election to Lamb; in the primary, Reschenthaler prevailed, 55 to 45 percent. Democrats, for their part, got Bibiana Boerio, a former senior automobile executive and an aide to then-Rep. Joe Sestak. Still, this district would have supported Donald Trump in 2016 by 20 points, leaving Democrats a clear underdog for the fall.

Under the new lines, this is a classic swing district; it would have given Clinton a one-point win in 2016. Here, too, both sides are satisfied with their candidates. In the Democratic primary, former Allentown solicitor Susan Wild prevailed with 33 percent, defeating Northampton County district attorney John Morganelli, with 30 percent, and pastor Greg Edwards, with 26 percent. Ideologically, Wild fits somewhere between Morganelli on the right and Edwards on the left, making her a reasonable fit for the district. Similarly, Lehigh County Commission chair and Olympic cyclist Marty Nothstein, the GOP nominee, is also a plausible fit: he narrowly defeated former Lehigh County commissioner and businessman Dean Browning in the primary. This remains a highly competitive contest for the fall.

This is the seat Lamb decided to seek, and both he and the incumbent, Rothfus, were unopposed in the primary. This is a bit of a tougher lift than the three Democratic-opportunity seats above — both because Lamb needs to defeat an incumbent, and because the district, even under the more favorable lines, would have backed Trump by two points in 2016. But Lamb received major attention in the Pittsburgh media market during his special election bid, and even with the district’s narrow Trump lean, it is still much more evenly divided than the one Rothfus has been representing.

Republicans were pleased to see Democratic primary voters choose philanthropist Scott Wallace over Navy veteran Rachel Reddick by the surprisingly large margin of 57 percent to 35 percent in this swing district. Fitzpatrick, who easily won his own primary against Trump-aligned veteran and attorney Dean Malik, will be able to highlight Wallace’s weak geographical ties to the district and his more liberal stances in the fall campaign. A recent Monmouth poll had a very close race, as expected. This remains a key Democratic target, but in a sign of how well-positioned the party is for this fall in Pennsylvania, it’s only the fifth-highest seat on the list.

With the exception of the district Lamb is leaving behind, Cartwright’s seat remains the sole Democratic vulnerability in Pennsylvania this year. Under the redrawn lines, the district continues to pose a challenge for the incumbent, but it shifts geographically toward Scranton – Cartwright’s base, where he was a well-known attorney before running for Congress. The GOP got the candidate it wants: John Chrin, who won 48 percent in a three-way primary contest. Chrin was a managing director at J.P. Morgan Chase and has personal wealth to pour into the race – not an insignificant asset in a year when the national GOP has to shore up lots of incumbents before it can fund challengers to Democratic incumbents. While the seat could be at greater risk in a less favorable year for the Democrats, Cartwright has a modest edge for 2018.

This seat and the one below represent our only shifts in the rankings after the primaries, and it’s only a modest one. Ron DiNicola, the Democrats’ favored candidate against Kelly, easily prevailed in the primary with 60 percent of the vote; he’s a longtime figure in the district who was a Marine boxer and lost narrowly (several maps ago) in a 1996 House contest. But he’s facing a long-serving incumbent, and the district leans pretty heavily Republican. That said, DiNicola fared surprisingly well in a Public Policy Polling survey released on May 23. While Kelly held a modest 48-to-43-percent lead over DiNicola, he failed to break 50 percent, and he received only a 38 percent job approval rating, well below Trump’s 54 percent in the same poll. We’re not ready to move this into the “Vulnerable” category yet, but we’re watching it more closely than we were.

The leanings of this district shifted after the remap, from a 22-point Trump win to a nine-point Trump win. In the Democratic primary, pastor George Scott edged out former Senate and Obama aide Shavonnia Corbin-Johnson, 36 percent to 35 percent. But Perry, a staunch conservative, has raised four times as much money as Scott. If Scott catches on, the district’s relatively cheap television market could make it a sleeper race, but we’re not convinced yet.

Redistricting made this already solidly Trump district a bit more so. Former state revenue secretary Dan Meuser won 53 percent of the three-way GOP primary vote and is the heavy favorite for November. Still, we’re keeping this on our list because Dennis Wolff won the Democratic primary with 41 percent of the vote. He’s a well-liked dairy farmer and former state secretary of agriculture. This district is a low priority for Democrats, but if there’s a Democratic wave in November, it’s worth keeping an eye on.