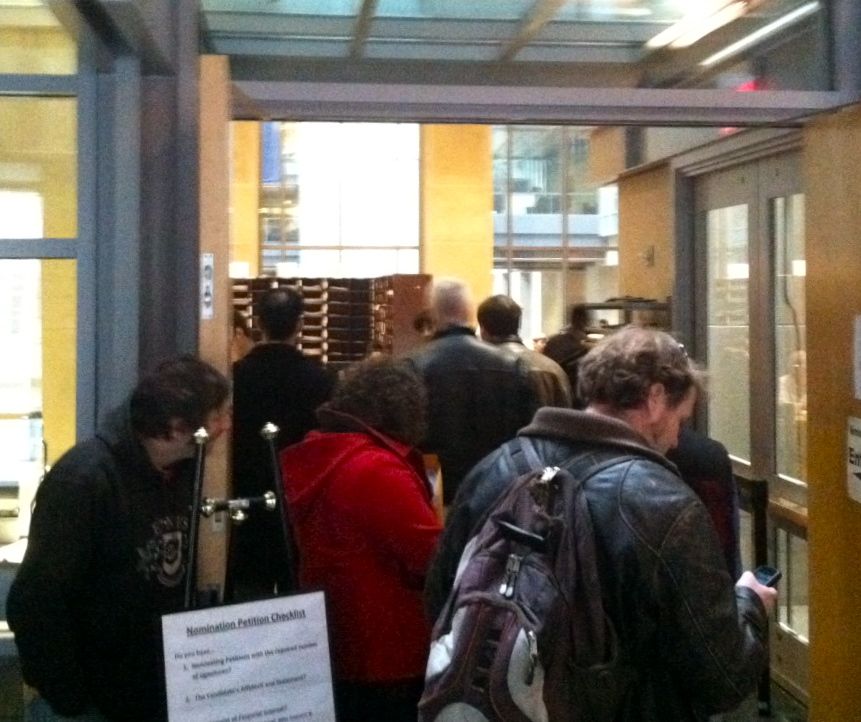 Petitions were due by 5pm for President, U.S. Senate, U.S. Congress, Attorney General, Auditor General, Treasurer, and presidential delegates. Due to the chaos with legislative redistricting, State Senate and State House petitions are due at 5pm on Thursday.

President Barack Obama’s campaign came in first with around 48,000 signatures.

Endorsed Republican Senate hopefuls Steve Welch and Tom Smith each turned in around 6,000 signatures. Smith supporters called it a poor showing for an endorsed candidate; Welch supporters said Smith’s campaign had paid to circulate petitions while they used volunteers.

Marc Scaringi finished with an impressive 5,500 signatures for U.S. Senate.

Note: Signature totals are estimates from the campaigns themselves; the Dep’t of State counts only up to the point that the minimum is met.

Former Governor Ed Rendell still holds the record for most ever petition signatures, with nearly 53,000 in 2006.

No major surprises on Tuesday afternoon; only a few candidates didn’t make it who were expected to. Stephen Urban didn’t file for Congress in pa-17. Devon Cade, who was planning to challenge Eugene DePasquale for Auditor General, didn’t make the ballot.

Here’s the full list as of 7:30pm on Tuesday. Note: Several candidates PoliticsPA witnessed filing petitions – including John Maher for Auditor General and Bill Vinsko for Congress – are not on the list. It is still in process.