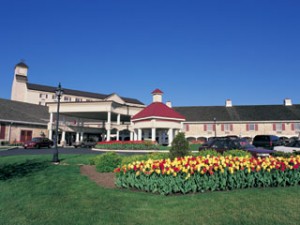 The state Republican Committee meeting is already underway for some, who showed up early to hit the links at Hershey Country Club before a reception dinner tonight. But Friday is the real kick-off, with speakers and caucus meetings taking place over the weekend.

The agenda was already set during the winter meeting, where members endorsed their primary candidates, passed a resolution committing to state party principles and adopted a resolution in favor the Voter ID law. So now their eyes are on the prize: cleaning up the general election.

Republicans are hoping to continue riding the wave of 2010’s election victories and growing discontent with President Obama in certain parts of the state. The GOP has reason to be hopeful, controlling many offices in the state, including the Governor’s, both state chambers and hold one U.S. Senate seat.

Corbett is slated to address the committee Friday at a 6 p.m. “20 in ‘12” reception dinner, where the GOP will reaffirm their promise to deliver all of Pennsylvania’s 20 electoral votes to the Republican presidential nominee come November.

The Gov. is also likely to tout his accomplishments, which include reining in government spending, no tax increases and passing the Voter ID law. But the party will also be looking ahead to maintaining their historic lead in both state chambers and their determination to capture the presidency.