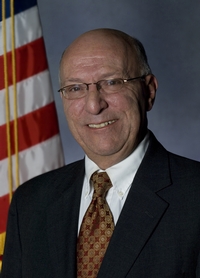 According to the Inquirer/Post-Gazette, the Democrats paid $248,000 to to end the complaint quietly, and included a non-disclosure agreement as part of the settlement in 2015.

The Inquirer/Post-Gazette report cites documents it obtained from the state’s Bureau of Risk and Insurance Management that show the House Democratic Caucus has paid out over $600,000 to settle four complaints against members, two claiming sexual harassment and two claiming they were improperly filed.

The documents do not show any payouts from the Republican caucus, and spokesman Steve Miskin told the Inquirer “as far as we know, we have not made any type of payout or payment” for sexual harassment claims.

Caltagirone and the woman who received the payout refused to comment to the Inquirer/Post-Gazette for the story.

This is not the first time Caltagirone has been accused of sexual harassment.

In 1994, Marci Lynn Santoro, the sister-in-law of Caltagirone’s ex-wife, told The Inquirer that she had a six-month contract with Caltagirone but quit before it expired. She told the paper she would get a new contract only “if I did what he wanted sexually.”

Santoro, then in her mid-20s, spoke of an out-of-town trip with Caltagirone, during which he stopped at the home of a brother. When he didn’t return after 15 minutes, Santoro said she went inside and found him “lying upstairs on a bed stark naked.”

She said she ran from the house, but Caltagirone caught up with her, told her to get in the car and, when she repeatedly refused, pulled a gun and told her once more to get in.

Caltagirone denied any wrongdoing and accused Preate of waging “a vicious attack” on his character. Preate later went to prison on an unrelated federal charge of mail fraud.

Caltagirone is the second lawmaker to be outed for sexual harassment this week.  Accusations against state Senator Daylin Leach (D-Montgomery) were detailed on Sunday.