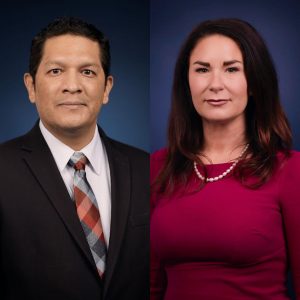 On Tuesday, the state Senate confirmed a pair of acting secretaries to lead the Departments of Education and Labor & Industry in Pennsylvania.

The state Senate confirmed Noe Ortega to lead the state’s education department by a 44-6 vote, while Jennifer Berrier was confirmed by a 45-5 vote to serve as the Labor & Industry Secretary.

Both Berrier and Ortega had been serving as acting secretaries for their respective departments since late last year.

Ortega served as acting secretary since he was nominated in Oct. 2020 after Sec. Pedro Rivera resigned to become the president of Thaddeus Stevens College of Technology.

Berrier served as the acting secretary since December 2020 after Sec. Jerry Oleksiak resigned from the position.