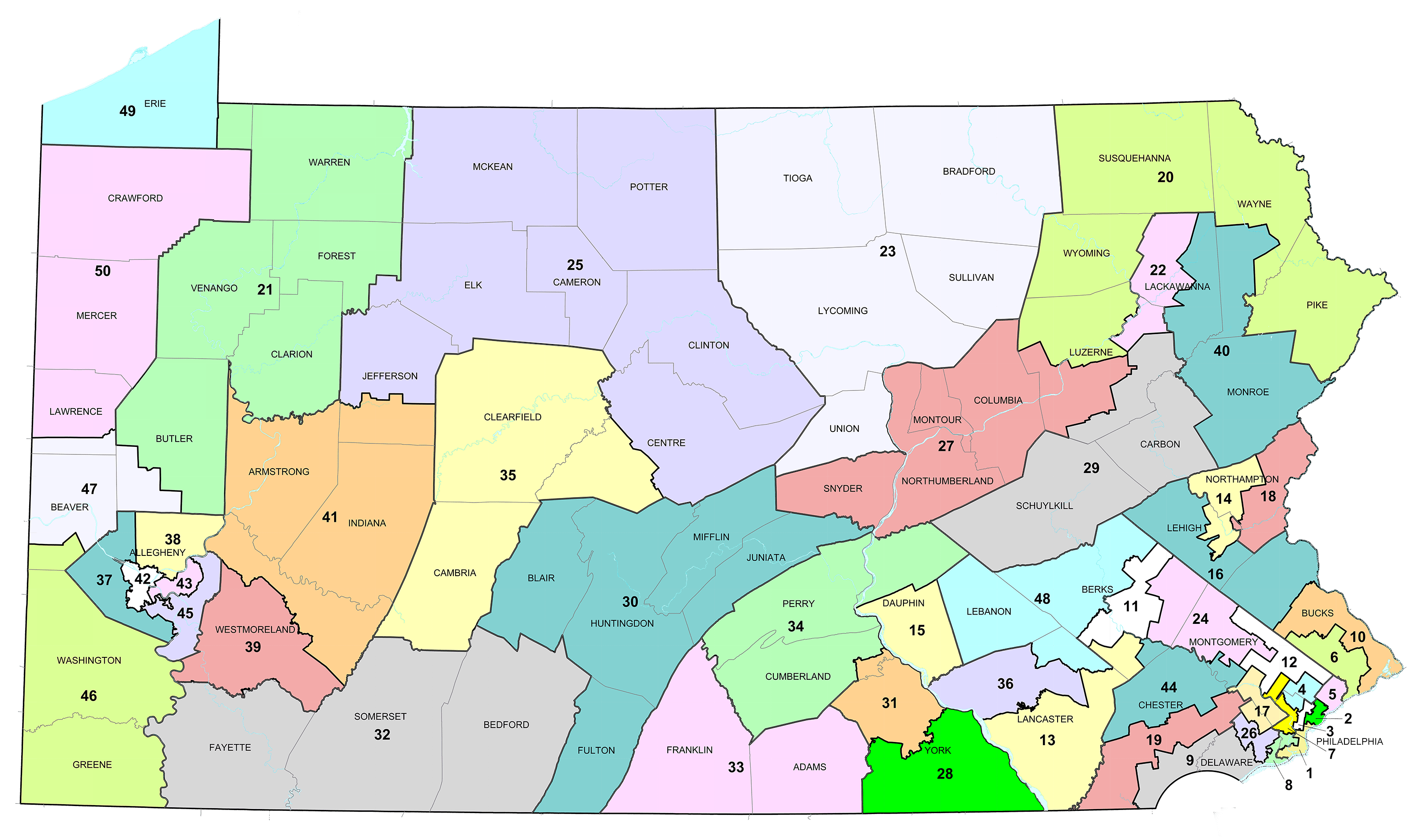 Here are the results of races that were conducted in even-numbered Senate districts.

SD6: Frank Farry, the state representative in the 142nd District since 2009, will move to the Senate after defeating Ann Marie Mitchell (D) and Brandon Bentrim (L) for the open seat with 53.8%.

SD12: Democrat Maria Collett won a return trip to Harrisburg with a victory over GOP nominee Rob Davies with 59.5%.

SD16: Republican Jarrett Coleman, who won the nomination by ousting incumbent Patrick Browne in the primary, is going to Harrisburg after downing Democrat Mark Pinsley, 54.9-45.1%

SD20: Republican Lisa Baker, chair of the Judiciary Committee, will return to Harrisburg for a fifth term after defeating Jackie Baker with 67.6%.

SD24: Republican Tracy Pennycuick, the 147th state representative, will move to the Senate after defeating Democrat Jill Dennin for the seat vacated by Bob Mensch, 52.5-47.5%

SD26: Democrat Tim Kearney is headed back to Harrisburg after defeating Republican challenger Frank Agovino with 58.3%.

SD28: Republican Kristin Phillips-Hill won a return trip to Harrisburg with a win against Democrat Judith Higgins with 65.8%.

SD30: Republican Judy Ward will return to the Senate after a resounding win against Democrat Carol Taylor with 77.2%, with three quarters of votes in.

SD32: Republican Patrick Stefano, who has served in Harrisburg since 2015, returns to the chamber after defeating Democrat Sydney Hovis. He led by 60 points when the AP called the race.

SD34: Greg Rothman (R), the state representative from the 87th District, won a newly-drawn Midstate seat in the Senate. He led Democrat Jim Massey (D) two-to-one with half of the votes in.

SD38: In one of the top State Senate races of the night, incumbent Sen. Lindsey Williams (D) beat State Rep. Lori Mizgorski (R). When Williams won this North Hills, Allegheny County seat in 2018, she won by less than a point. On Tuesday she won her newly reapportioned +10 Biden seat by 11.5 points.

SD40: Republican Rosemary Brown, the state representative in the 189th District, will move to the Senate after defeating Democrat Jennifer Shukaitis. She led by 20 points with three quarters of votes in for the seat vacated by Mario Scavello.

SD48: Republican incumbent Chris Gebhard defeated Democrat Calvin “Doc” Clements in a rematch of their 2021 special election by about 2-to-1. 1.

This story will be updated.