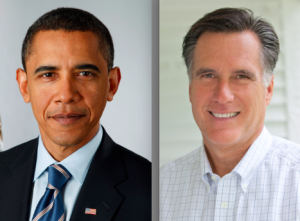 Good morning politicos, here’s the buzz. A new poll shows Obama and Casey both lead their opponents in PA; Critz votes against Obamacare repeal; Meehan passes the $2M mark; Santorum becomes a stem cell group spokesman; and the PA Dems are banking on Voter ID to bring in some money.

Poll: Obama by 7, Casey by 14: Barack Obama leads Mitt Romney 47 to 40, according to a poll by the firm We Ask America. The organization also found Sen. Bob Casey with a 53 to 39 lead over Republican challenger Tom Smith.

Pro-Obama Poll: Romney’s Popularity Waning in PA: A recent poll conducted on behalf of a pro-Obama super PAC indicates a widening lead for President Obama in PA, as well as a trend of declining popularity for Mitt Romney. The poll attributes much of the change to Obama’s negative ads regarding Bain Capital.

Critz Votes Against Obamacare Repeal: After Rep. Mark Critz voted against the repeal of the Affordable Healthcare Act, his opponent Keith Rothfus seized the opportunity to portray Critz as an opponent of Medicare. The debate even lead to a heated rhetorical battle over Twitter this afternoon.

Dems Fundraise Over Voter ID (Watch Video): The unexpected wave of media coverage and controversy sparked by House Majority Leader Mike Turzai’s comments about the Voter ID law at a state party committee meeting last month seems to have given PA Democrats not only a great talking point, but a way to fundraise.