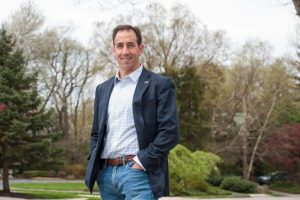 One step closer for the Montgomery County Republican to formally joining the 2022 race.

Jeff Bartos, a real estate developer who was the GOP Lt. Governor nominee in 2018, filed a statement of candidacy this week with the Federal Elections Commission for U.S. Senate.

Bartos hasn’t formally announced a bid for the seat, but told the Philadelphia Inquirer a few weeks ago that he is “very seriously considering a run” to succeed GOP Sen. Pat Toomey, who is retiring at the end of his current term. He expects to come to a final decision by mid-March.

“If there’s one thing that’s painfully obvious, it’s that D.C. elites are more focused on settling yesterday’s political scores than doing a single damn thing to help working families,” said Conor McGuinness, spokesman for Bartos to PoliticsPA. “After being ignored by D.C. elites for generations, working families in Pennsylvania deserve to have someone fighting for them – and that’s why Jeff is looking seriously at running for U.S. Senate.”

Bartos also made another move this week to seemingly signal his interest in the race. On Tuesday, the Pennsylvania 30 Day Fund, a nonprofit that was founded to aid small businesses and their employees in response to the COVID-19 pandemic, announced that Bartos is “stepping back from day-to-day operations.” Bartos is a board chair and co-founder of the nonprofit.

In August 2019, Bartos was tapped to serve as the Pennsylvania Republican Party Finance Committee Chairman.