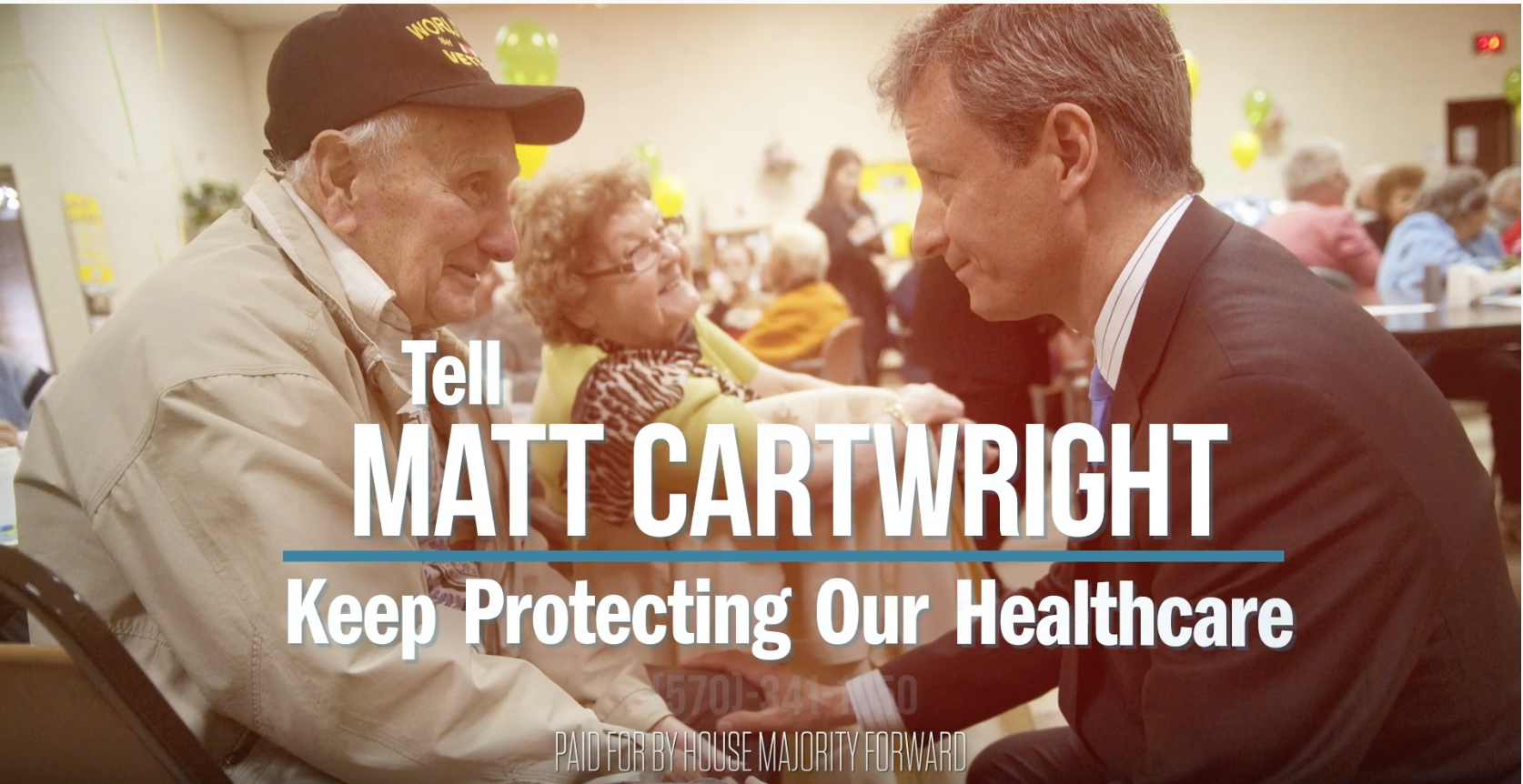 Despite representing a Trump friendly district in Northeast Pennsylvania, Rep. Matt Cartwright (D-Lackawanna) joined the rest of Pennsylvania’s Democratic Congressional delegation is supporting the impeachment inquiry into President Donald Trump and his dealings with Ukraine.

First reported by the Washington Post, House Majority Forward is spending $1 million running ads focusing “solely on the accomplishments of the 11 individual lawmakers targeted in the campaign,” while not referencing the lawmakers support for the impeachment inquiry.

“From high costs, to hospital closings, healthcare in Northeastern Pennsylvania has taken some hits,” the voiceover in the 30 second ad begins. “Thank goodness Matt Cartwright is fighting back for the middle class.”

The ad continues to credit Cartwright to working with Republicans and Democrats alike in the effort to “lowering prescription drug costs, making sure folks on Medicare get fair prices… and standing up for local hospitals.”

The Washington Post reports that House Majority Forward, an affiliate of House Majority PAC, is the largest Democratic super PAC focused solely on House races. Since they are designated as a 501 (c) (4) nonprofit, the Post reports that the group can “raise unlimited money and is not required to disclose its donors, but it cannot directly advocate voting for or against a particular candidate. It can, however, conduct informational campaigns that highlight candidates’ records to voters.”

Shortly after the Post article published, the National Republican Congressional Committee called on Cartwright to stop the “dark money group… from running nearly $100,000 in ads on his behalf.”

FCC filings show that the ads began airing in Northeast Pennsylvania on Wednesday Oct. 9 and will run until Oct. 15. The PAC is airing about 30 spots between that time frame on WNEP-TV and spending about $40,000 on that station.

Cartwright represents the most Trump-friendly district held by a Democrat in Pennsylvania. Trump carried it by close to 10 points in 2016. Cartwright bested Republican Matt Connolly by a 7.6 point margin in 2016 and won by a slightly larger margin in 2018 by taking down GOP candidate John Chrin by just over 9 points.

Cartwright, along with fellow Democratic Reps. Conor Lamb (D-Allegheny) and Susan Wild (D-Lehigh), have been targeted by the CLF and the NRCC as seats to flip in 2020.