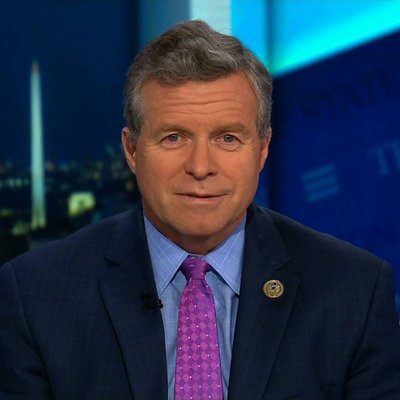 A former GOP congressman from Pennsylvania is backing the presumptive Democratic presidential candidate.

Former GOP Rep. Charlie Dent tells @jaketapper that he will be supporting Joe Biden over Donald Trump in 2020:

“This really isn’t about right or left… it’s about right and wrong.” pic.twitter.com/136D1swdZU

Shortly after the interview was aired, Dent also shared an op-ed that he wrote that further explains his decision to support Biden’s candidacy over a fellow Republican.

Dent, who served in Congress from 2005-2019, was a leader of the moderate GOP Tuesday Group and emerged as a vocal critic of Trump within the party when the president was elected. In March 2019, Dent did not deny a report from the New York Times that Trump told him that he was “destroying the Republican Party.” Dent also did not support Trump in 2016, but instead voted for independent candidate Evan McMullin.

After deciding not to seek reelection in 2018, Dent announced that he’d be taking a role with CNN, where he has been a political commentator since his retirement. Since taking this role, he’s continually voiced his difference of opinion with Trump and perhaps even hinted at this endorsement in an op-ed he wrote for CNN on July 6 titled, “The GOP after Trump: a recipe for survival” where he derided “Trumpism” as “simply unable and incapable of responding with the kind of leadership this moment demands.”