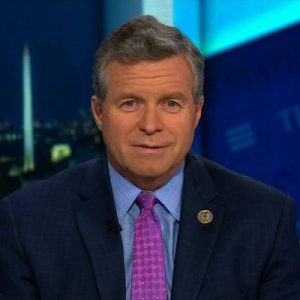 A former Congressman will be taking on a new position at his alma mater.

Former Congressman Charlie Dent (R-Lehigh) is joining Penn State University’s McCourtney Institute for Democracy this fall as the organization’s first visiting fellow, according to an announcement from the university.

Penn State’s McCourtney Institute for Democracy, whose mission is to “promote scholarship and practical innovations that defend and advance democracy in the United States and abroad,” began in 2012 as the “Democracy Institute,” according to the university’s website.

Dent is also scheduled to participate in a public lecture organized by The McCourtney Institute at University Park and at an event for Penn State Alumni at the National Press Club in Washington D.C. later this fall, according to the announcement from the university.

“I’m so excited about returning to Penn State to teach a course on American politics. It is indeed a high honor to be the inaugural visiting fellow for the McCourtney Institute for Democracy,” Dent said in the university’s announcement. “I look forward to engaging with students, faculty, staff, alumni and friends of Penn State and discussing contemporary politics and the challenges democracy faces here at home and around the world.”

“Representative Dent exemplifies our mission as ‘partisans for democracy,’” said Michael Berkman, McCourtney Institute director and professor of political science. “His commitment to facts and truth, the rule of law and ethical leadership will make a lasting impact on our students, faculty, alumni and the community.”

Dent also serves as the Executive Director for the Aspen Institute Congressional Program and as a CNN commentator. He served in Congress from 2005-2019 and was a leader of the moderate GOP Tuesday Group.

He emerged as a vocal critic of President Donald Trump within the party when the president was elected, who did not support Trump in 2016, but instead voted for independent candidate Evan McMullin.