Klobuchar To Campaign in Philly 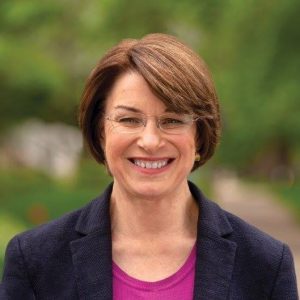 Sen. Amy Klobuchar (D-MN) is returning to the keystone state.

Klobuchar’s campaign announced on Wednesday morning that the 2020 Democratic presidential hopeful will be visiting Philadelphia on Nov. 4 to hold a meet and greet at La Colombe Coffee Roasters in Fishtown.

In a release promoting the event, Klobuchar intends to “share her optimistic economic agenda and plans to build a strong coalition and win big in 2020.”

This will be Klobuchar’s second campaign visit in the state, following her “Blue Wall Tour” she kicked off in PA with visits to Philadelphia and Pittsburgh in September. The Blue Wall tour emphasized winning back key battleground states in 2020, which also included visits to Michigan and Wisconsin.

The Republican National Committee did not immediately respond for comment about Klobuchar’s upcoming visit to Philadelphia, but after her “Blue Wall Tour” visit in PA, they claimed that the Minnesota Senator is not the “Midwestern moderate” that she claims to be and touted President Donald Trump’s economic record as a reason the state will vote for him again in 2020.

Former Vice President Joe Biden remains at the top of various national and Pennsylvania centric Democratic primary polls, while Klobuchar finds herself in the middle of the crowded field in the state. The Real Clear Politics average in Pennsylvania has Klobuchar tied for 7th place with .5%. The Real Clear Politics average of national polls shows Klobuchar in 8th place, registering at 2% in the Democratic primary.

The release from Klobuchar’s campaign said that she is building off of the momentum from the most recent debate, in which the campaign said it raised $2 million in a week following the debate and qualified for the November debate.