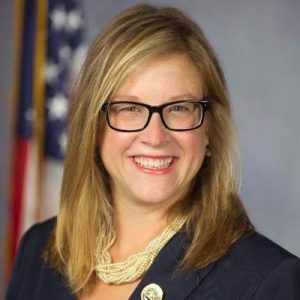 State Rep. Leanne Krueger (D-Delaware) will continue to serve as the chair of the Pennsylvania HDCC.

“I am humbled and grateful for the opportunity to return as chair of the Pennsylvania House Democratic Campaign Committee, a mission that is very personal and important to me,” said Krueger. “After Republicans’ gains across the state in down ballot races in 2020, our immediate work is to recruit diverse candidates, support incumbent members, and lay the groundwork to flip as many seats as possible in 2022.”

Krueger was initially appointed to the position by then-Democratic Leader Frank Dermody in January 2019, taking over for state Rep. Mike Carroll (D-Luzerne), who served as HDCC chair for the previous cycle. On Monday, Democratic Leader Joanna McClinton announced Krueger’s reappointment in a press release.

Krueger has represented the 161st District in the Philadelphia suburbs since 2015 and coasted to a 14 point victory in November for another term.

“Our leadership and members share a united commitment to finally electing a Democratic majority in 2022,” McClinton said. “I have seen firsthand the commitment, dedication, and passion Reps. Krueger, Briggs, and Frankel have for electing a Democratic majority — this decision was a no brainer in my book. In order to make history next November, we need them on the frontlines in the work ahead.”

Frankel served as Finance Chair in the previous cycle, while Briggs was one of the Regional Recruitment Chairs.