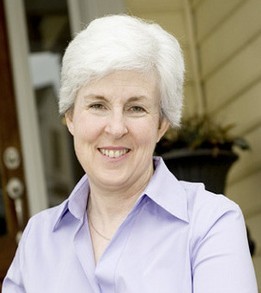 She’s back. Peg Luksik, the perennial candidate who most recently challenged Pat Toomey in the 2010 GOP primary for U.S. Senate, has formed a super PAC to boost 2012 Senate hopeful Sam Rohrer.

The PAC, called Sam vs. the Machine, emphasizes Rohrer’s independence from the Pa. GOP (he challenged Corbett for the gubernatorial nod in 2010 and is running against endorsed candidate Steve Welch this cycle).

“Sam Rohrer is the RIGHT man; with the RIGHT political philosophy; at the RIGHT time,” she writes. “We need a conservative Senate nominee, not the Party’s warmed over Democrat-Lite candidate.”

A Political Action Committee registered with the Federal Election Commission. As such, it is forbidden from coordinating with Rohrer’s or any other campaign. It’s the second super PAC to get involved in the Pa. Senate race. The first one sent out mailers on behalf of David Christian, a Bucks County businessman and veterans’ advocate.

So far, Sam vs. the Machine has made only two recorded expenditures: $1,200 for the website (which is pretty sharp, though very similar to Luksik’s) and $4,900 for direct mail.

On the site, Luksik criticizes Welch, and Tom Smith, for switching parties. Welch, an entrepreneur from Chester County, switched from GOP to Dem in 2005, and back to GOP in 2009. Smith, a former coal company founder, had been a lifelong Democrat until 2011.

“Our focus is quite narrow, as we plan to recruit the ground troops necessary to push Sam over the top on Primary Election Day, April 24th. Sam vs the Machine is the vehicle by which we will identify and turn-out the votes needed to make Sam victorious on election night.”

A fiercely pro-life activist, Luksik ran for Governor in 1990, losing the GOP primary to Barbara Hafer by about 8 points. She ran again in 1994 as the Constitution Party candidate, garnering 12.8 percent. She took 18.6 percent of the GOP primary vote against Toomey in 2010.

In other Rohrer news, this week he earned the distinction of being the first Senate hopeful to be fact-checked by a national, left-leaning website. ThinkProgress declared as false his claim that the absence of a Senate-passed federal budget gives President Obama full discretion over spending.

Rohrer’s statement is 100 percent false. Article I of the U.S. Constitution explicitly says “No Money shall be drawn from the Treasury, but in Consequence of Appropriations made by Law” — a power expressly given to Congress. While Congress has not opted to make its appropriations through an overarching budget in recent years, it has passed multiple appropriations bills — some funding individual items and some omnibus bills covering multiple parts of government. Each of those appropriations bills has been signed by the president.