Obama To Campaign for Wolf and Casey in Philadelphia 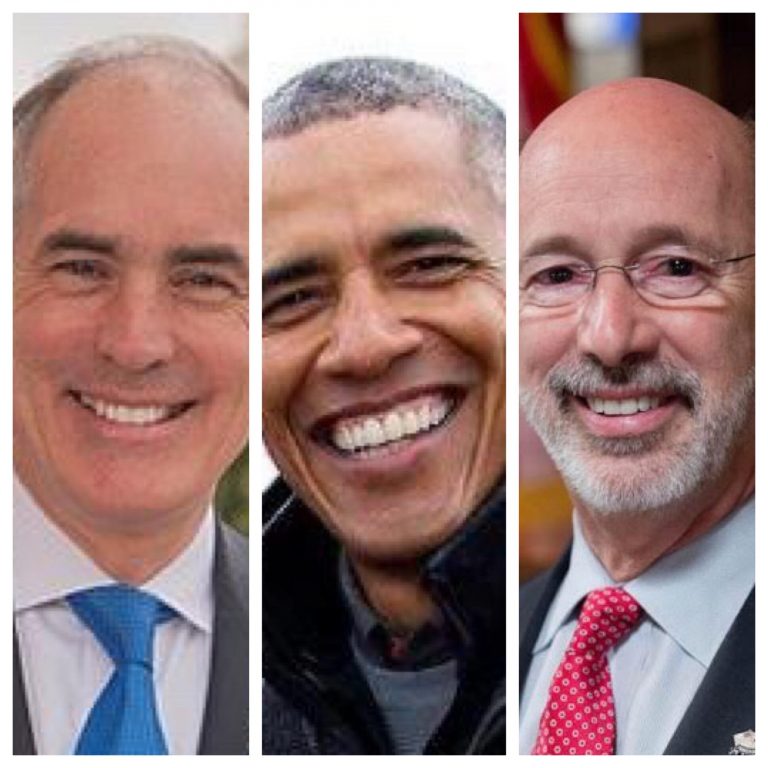 A rally in Philly.

The Pennsylvania Democratic Party promoted the upcoming visit from the 44th President this morning in a press release.

Less than two weeks ago, the Casey campaign confirmed that Obama was going to make a trip to Philadelphia for a campaign fundraiser this same day.

“We welcome President Obama into Philadelphia to campaign with Governor Wolf as his multiple surrogate stops there in 2016 did wonders for the turnout gap between parties and ensured the election of President Clinton,” said Andrew Romeo, campaign spokesman.

Obama launched his midterm campaigning last weekend and plans to make the rounds this fall before November’s election.

During July and August, Barletta welcomed in Vice President Mike Pence and President Donald Trump to Pennsylvania for rallies and fundraising events. During Trump’s August rally with Barletta in Wilkes-Barre, the President dubbed Casey “Sleeping Bob.”

The Real Clear Politics average has Casey and Wolf leading by double digits each.

The time and specific location for the Philadelphia rally is still unknown.

The story was updated with comment from the Barletta campaign.