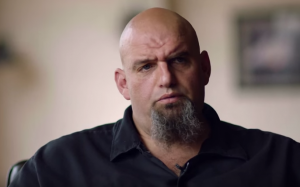 Fetterman didn’t officially announce his candidacy until September so he had some ground to make up in campaign fundraising efforts.

Fetterman’s FEC report for the fourth fundraising quarter, which lasted from October 1st to December 31st of last year, shows that he has raked in $158,028.

Additionally, there were no loans taken out.

So far Fetterman has received a total of $1,000 from Paul Costa for State Representative and $100 from Friends of Andrew Stober. The candidate contributed $1,410 to himself and and received nothing from Political Party Committees.

The candidate got just $1,150 of PAC money, $1,000 of which came from State Rep. Paul Costa. The rest was given by 2015 Philadelphia City Council candidate Andrew Stober.

The campaign’s expenditures have mostly been on campaign facilities, events, staff payroll and ads.

Fetterman paid Acres NYC, a content development firm, $25,517 to produce his campaign ads. Additionally, like all Democratic campaigns, they’re paying $2,250 to NGP Van for access to the party’s database.

Finally, the Fetterman team spent $50,000 for digital ads from 270 Strategies.