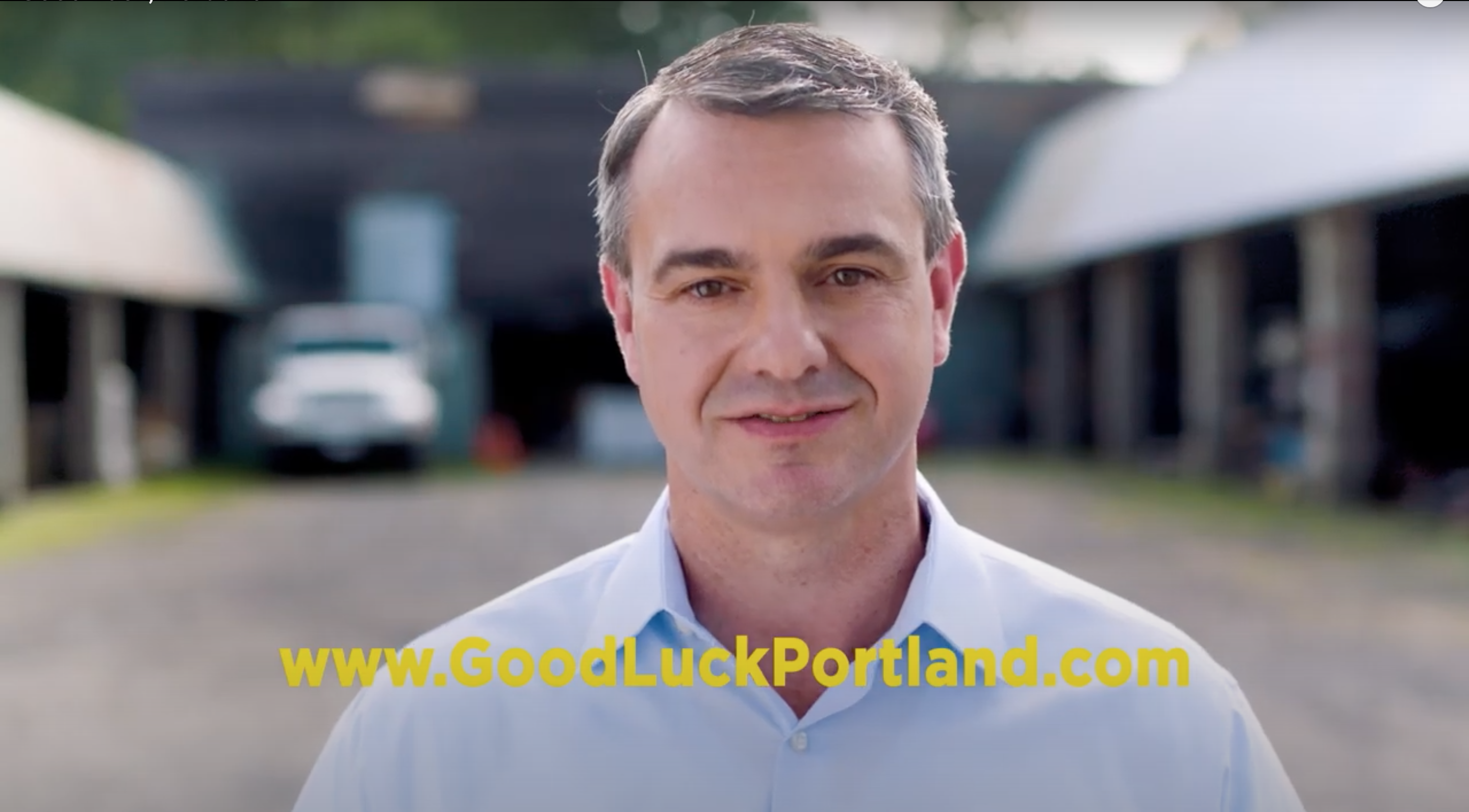 Jim Bognet is going on the air. In another state.

The GOP hopeful will air a television ad on Portland, Oregon CBS affiliate KOIN during its 6pm news broadcast (that’s PST). The former Trump administration appointee will introduce himself to those out there in an effort to court them to move to Northeast PA by using footage of the recent protests and riots.

“Good evening Portland,” Bognet says to the camera, at the beginning of the ad. “I’ve heard you’ve been having a few issues. Something about peaceful gatherings, interruptions to business, and local citizens dissatisfied with your leadership. I’m Jim Bognet – a candidate for Congress here in Northeastern Pennsylvania.”

“If you’re a family or a business living in Portland, Oregon who is leaning towards leaving for whatever reason,” Bognet says. “Consider Northeast PA.”

“Around here we love the police,” he continues. “Well, maybe not our current Congressman. But I’ll be taking care of him real soon.” The ad closes with a plug for the fundraising microsite GoodLuckPortland.com.

A visual in the ad accuses Cartwright of being in favor of “defunding the police,” and cites a conversation that the congressman had with the Black Scranton Project. However, a Philadelphia Inquirer analysis with Politifact concluded that Cartwright did not call for defunding the police, but instead “explained to a participant in a recent virtual listening session that public officials in places like Wilkes-Barre, and in Congress, have the power to decide how public funds are spent on the police, as for any other public agency.” In the same event, Cartwright said he does not support defunding the police.

The Cartwright campaign slammed the ad, accusing the GOP challenger of making “light of a very bad situation out there,” while fighting back on the “defunding the police” claim.

“We’re sorry that the people of Portland had to see this regrettable, tasteless ad, making light of a very bad situation out there,” said Matt Slavoski, spokesperson for Cartwright, in a statement to PoliticsPA. “It also exposes what Jim Bognet would do in Congress: lie, stoke violence, and fan the flames of division instead of working towards solutions to the challenges we face as a nation.”

“When it comes to racial justice, Matt Cartwright has supported local peaceful demonstrations of those calling for change, disavowed violence, and worked to provide funding increases for strategic police reforms as a member of the House Appropriations Committee,” Slavoski continued.

The Democratic Congressional Campaign Committee re-upped its carpetbagger attack against Bognet, who spent much of the past two decades living outside of PA.

“Why would Bognet buy TV two time zones away from where he’s running? It’s possible he’s moved around so much that he forgot where he’s currently on the ballot,” the DCCC said.

“We did indeed buy time for an ad to air in Portland, Oregon,” said spokesman Ian Prior. “We thought about also airing an ad in the Albany media market so that Matt Cartwright could see it from his secret lair in Lake George, but it’s not clear where he is flying his private jet this week, so we’re gonna save that until we know which of his many vacation homes he is flying to.”

It’s the latest TV salvo in a heated campaign. Cartwright’s first TV took aim at Bognet over his opposition to the Affordable Care Act, saying that the GOP challenger is aiming to “take healthcare away from millions and preexisting conditions.” Bognet returned fire in his first TV of the general election, saying that he supports pre-existing coverage and popular senior programs. Cartwright has since launched another TV ad criticizing Bognet on the same matters related to healthcare.