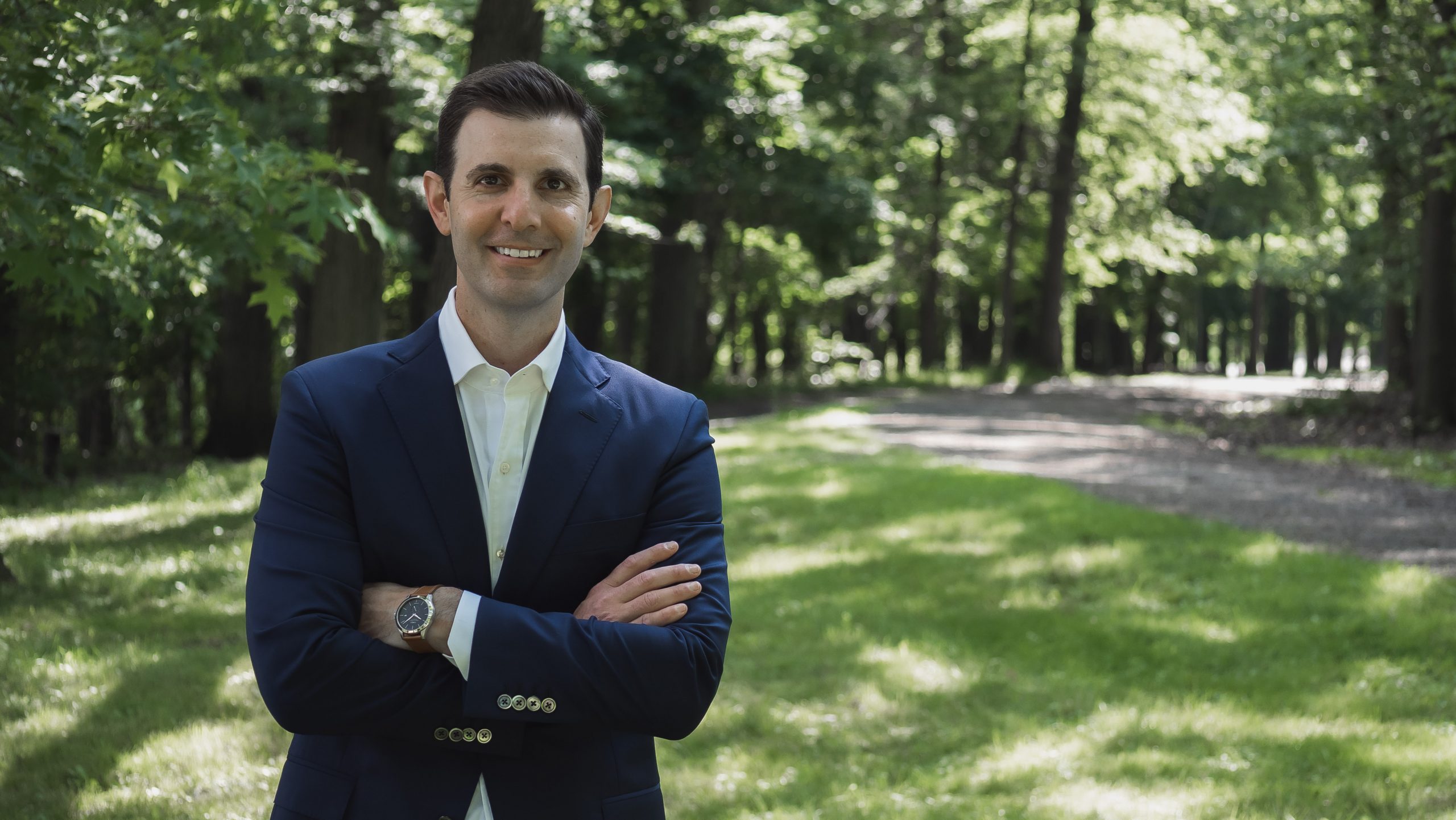 An Iraq War veteran, attorney, and election security expert has launched a campaign as a Democrat for the 17th Congressional District.

Chris Deluzio, the policy director of the University of Pittsburgh Institute for Cyber Law, Policy, and Security, announced his entrance into the western PA congressional race on Monday.

“As a father, as a Democrat, I am deeply troubled by the direction of our country. Our democracy is in peril and we need leadership that is ready to speak truth to power,” said Deluzio. “I know what it means to serve and to put the common good above one’s own interest – that is why I am running for Congress.”

“As our community tackles COVID and our children go back to school, I’m here to support western Pennsylvania families who are struggling to meet today’s challenges while also planning for a stronger future,” Deluzio continued. “In our region, infrastructure and good-paying jobs go hand-in-hand, and those will be top priorities for me in Congress.”

On his campaign website, Deluzio lays out his thoughts on “Defending Democracy; Taking on Corporate Power; The Union Way of Life; Universal Health Care; and No More Forever Wars.”

Serving as the policy director of the University of Pittsburgh Institute for Cyber Law, Policy, and Security, Deluzio focuses on “voting rights election laws, and the intersection of technology and civil rights, and he is proud to be part of the union organizing effort for faculty at the university,” according to a press release from his campaign.

Prior to working in his current role at Pitt, he worked at the Brennan Center for Justice on the Voting Rights and Election Security teams.

Deluzio is the first declared candidate for the 17th Congressional District race in 2022, although William Roysdon Murray has also filed for the seat as a Democrat.

Rep. Conor Lamb (D-Allegheny), who was first elected to Congress in 2018 and currently represents the 17th District, launched his campaign for U.S. Senate in early-August.

KDKA reports that Deluzio, who grew up in Thornburg, but now lives in Shadyside, said that he, his wife and young children would “move into the district once the final lines are drawn.”

Deluzio wrote in his press release that the “boundaries of the 17th could change, however, a compelling case remains for a competitive district in southwestern Pennsylvania,” as he cited “impressive population growth” in the district in comparison to the rest of the region.

Roll Call recently listed Pennsylvania’s 15th Congressional District, currently held by Rep. G.T. Thompson (R-Centre) as one of the 10 House districts nationwide “that are sure to change after census release.”

Deluzio announced that his campaign brought in over $172,000 one day after formally launching his campaign.