Reader Poll: Who Should GOP Back for Guv? Someone Else 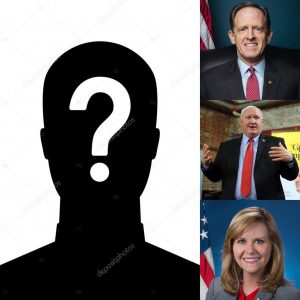 PoliticsPA readers have spoken and out of the eight candidate field provided in last week’s poll, nearly half of readers believe that Republicans should nominate “someone else” for Governor in 2022.

With 2,831 total votes casted, 46%, or 1,319 people, selected “someone else” as the option in the eight candidate poll for Republican governor in 2022. Rep. G.T. Thompson (R-Centre) narrowly edged out Sen. Pat Toomey for the highest vote total of a specific candidate in the poll. 387 people voted for Thompson, while 360 people voted for Toomey. Both Thompson and Toomey registered at 13% each in the poll.

The race for third place of a specific candidate in the poll was also a close one. House Speaker Mike Turzai (R-Allegheny) received 255 votes putting him in 3rd place, while state Rep. Camera Bartolotta (R-Washington) received 246 votes. Both candidates received 9% of the vote each in the poll.

Former Lt. Gov. Jim Cawley earned 142 votes in the poll, putting him in fifth place of the candidates with 5% of the vote. Rep. Guy Reschenthaler (R-Allegheny) finished in sixth place of the candidates with 89 votes, while Senate Majority Leader Jake Corman (R-Centre) finished in seventh place with 41 votes, followed by Bill McSwain, U.S. Attorney for the Eastern District of Pennsylvania, with 33 votes. Reschenthaler received 3% of the vote, while Corman and McSwain polled at 1% each.

Although state Sen. Doug Mastriano (R-Franklin) was not included in the poll, he was often mentioned in the comment section as someone who should seek the GOP nomination for Governor in 2022.

The Pennsylvania primary for governor is May 2022.

22 thoughts on “Reader Poll: Who Should GOP Back for Guv? Someone Else”