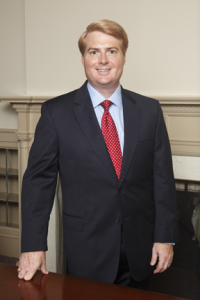 The U.S. Senate campaign of Harrisburg-area attorney Marc Scaringi is preparing the first paid media buy of the 2012 Republican primary, and he is starting it off with a swipe at Steve Welch.

In a 60 second radio ad, the voice of Scaringi consultant Jason Fitzgerald lays it on heavily. Listen to the ad here.

“This will be the most important election in history,” he says. “It’s time to send a message by rejecting liberal, Arlen Specter Republicans like Steve Welch.”

The ad isn’t on the air at present, and team Scaringi has been short on details. Campaigns and committees are typically tough to pin down when it comes to the size and scope of an ad buy (the political equivalent of state secrets).

“Right now we’re sending it to state committee members, the media and others online. The ad buy is yet to be determined,” said Scaringi Communications Director Randall DeSoto.

Yet eventual impact of the ad is likely to be light. Despite months on the trail, the most recent campaign finance report (filed in June) indicates that Scaringi had raised only about $50,000 for his bid.

Correction, from DeSoto: “The radio ad was produced in studio.  Jason has done voiceovers for various campaigns.  That is part of the work he does.”

Side note: Sources close to the Scaringi campaign have indicated a forthcoming announcement that will demonstrate greater fundraising strength.

The main attack of the ad is this:

It’s a familiar criticism against the Chester County businessman and former congressional candidate, who briefly registered as a Democrat in 2008. That year he voted for Barack Obama in the primary but says he supported John McCain in the fall.

He contributed $300 to Joe Sestak during his 2006 run for Congress.

PoliticsPA is following up with the Welch campaign about this ad, but discussed the charges therein with Welch during this weekend’s Republican State Committee meeting.

“I was the first person who stood up and said ‘I want to run against Joe Sestak because his policies are bad.’  He sat in my living room and he lied to me and said he was going to be a fiscally conservative guy and he wasn’t, so I decided I was going to run against him.”

[Scaringi] This Marc Scaringi and I approve this message.

[Fitzgerald] “Since 2008 Pennsylvania has been in a severe recession. Unemployment is over ten percent. Inflation contiues to rise. And the failed stimulus package has ballooned out naitonal debt to over 14 trillion dollars. America stands on the brink.

But there is hope. There is a real opportunity to defeat President Obama and retake the U.S. Senate.

Yet some still don’t get it. Despite years of putting up bad candidates whose only qualification was the size of their checkbooks, they haven’t learned a thing.

[Scaringi] Paid for by Scaringi for Senate 2012.