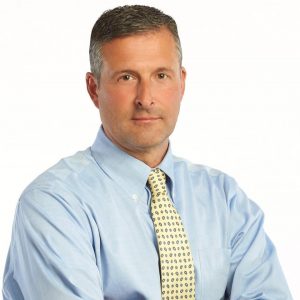 Republicans have selected their candidate for the state Senate’s 22nd District.

Lackawanna County Commissioner Chris Chermak has been nominated for the upcoming special election in May.

The special election is to fill the vacant seat previously held by state Sen. John Blake (D-Lackawanna), who resigned from office on March 8 to join Rep. Matt Cartwright’s office to lead economic development initiatives across the 8th Congressional District.

According to the Scranton Times-Tribune, Chermak was uncontested in earning the GOP nod from local party officials on Thursday evening after Dominic Mastri, an attorney, withdrew his bid for the GOP nomination.

“It is an honor to be selected as the Republican nominee for the 22nd Senatorial District Special Election,” said Chermak. “In the coming weeks, I will be traveling across the 22nd district to meet with business owners, community leaders, and residents to learn about their concerns and tell them about my record of putting politics aside and doing what is right for our community.”

“Chris Chermak is ready to bring his getting things done approach to the Senate,” said SRCC Cycle Chairman Senator Dave Argall. “As a Commissioner, Chris Chermak has delivered grants to small business owners who’ve been devastated by Governor Wolf’s shutdown. He set up a veteran’s suicide awareness hotline and created a commission to examine where Lackawanna County money is being wasted. Chris Chermak has a record of getting things done and our Party looks forward to electing him to the State Senate.”

Chermak, a businessman, was elected in 2019 to serve as a minority GOP commissioner in Lackawanna County.