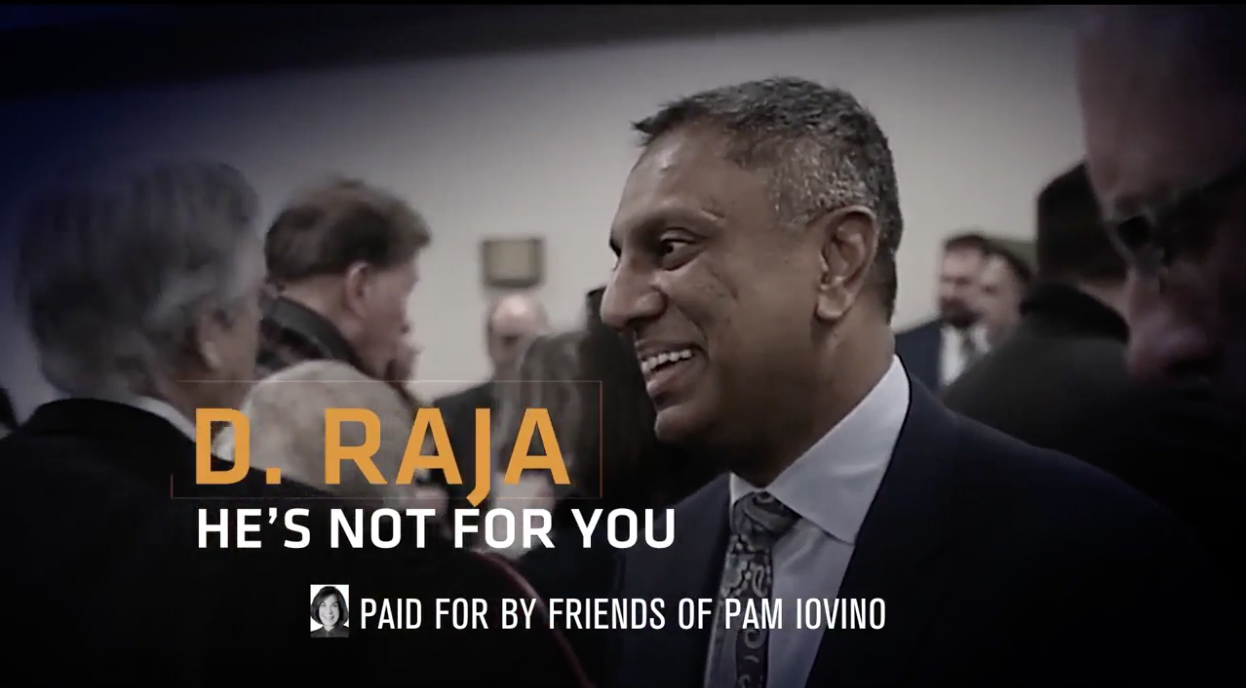 Earlier this month was the time for positive ads. This week the candidates go on the attack.

Democrat Pam Iovino’s spot paints her GOP counterpart, Raja, as an untrustworthy businessman who didn’t have his workers best interest in mind.

“Instead of a paycheck, you’re served a lawsuit. Instead of a promotion, a pink slip,” the 30 second ad begins. “That’s D Raja’s way of doing business.”

The ad echoes attacks on Raja’s earlier bids, for Allegheny County Executive in 2011 and state Senate in 2012, when his counterparts labeled him as a heartless outsourcer.

The Iovino spot spotlights news reports from those campaigns. In one case it cites the Pittsburgh City Paper to quote Raja as saying outsourcing was “essential” for his business, although the CP’s Oct. 19 profile of the race available online doesn’t include that word. The ad knocks him for a Department of Labor fine for “refusing to pay minimum wage and overtime.” And it says his company sued 84 former employees. The CP’s 2011 fact check found a mixed verdict on those lawsuits, which ranged from reasonable, to excessive, to heartless in at least one case.

“D. Raja. He’s really not for you,” the ad finishes with.

You can view the video here. It has not been posted to Iovino’s website or social media accounts.

Raja’s campaign stated Iovino’s ad is an “untruthful retread from past campaigns” and described it as an insult to the voters of the district.

“The decades-old false allegations made in the smear ad are clearly a desperate attempt to bring down a successful entrepreneur and job creator by someone who does not have that experience,” said Raja spokesman, Adam Brenneman. He continued to accuse the Iovino campaign of resorting to false personal attacks and stated that Raja’s policies will help create jobs in the district.

Raja’s campaign also sent out an email blast to supporters about the ad stating it as a “Fake News Alert” and accusing his opponent of being “desperate.”

“Liberal Extremist Pam Iovino is Lying,” the email from Raja’s campaign begins with. “Here’s the Truth.”

The GOP hopeful boasts about his business background in the Pittsburgh region, while stating the lawsuit claims from Iovino is “dishonest” and stated that a “small fraction” of his contract employees did not hold up their end up the bargain, thus resulting in legal action, which he stated was “a last resort.” He also stated that employees in his company have “always been paid above the minimum hourly wage.”

The special election date for this race is set for April 2.

This article was updated with comment from Raja’s campaign.