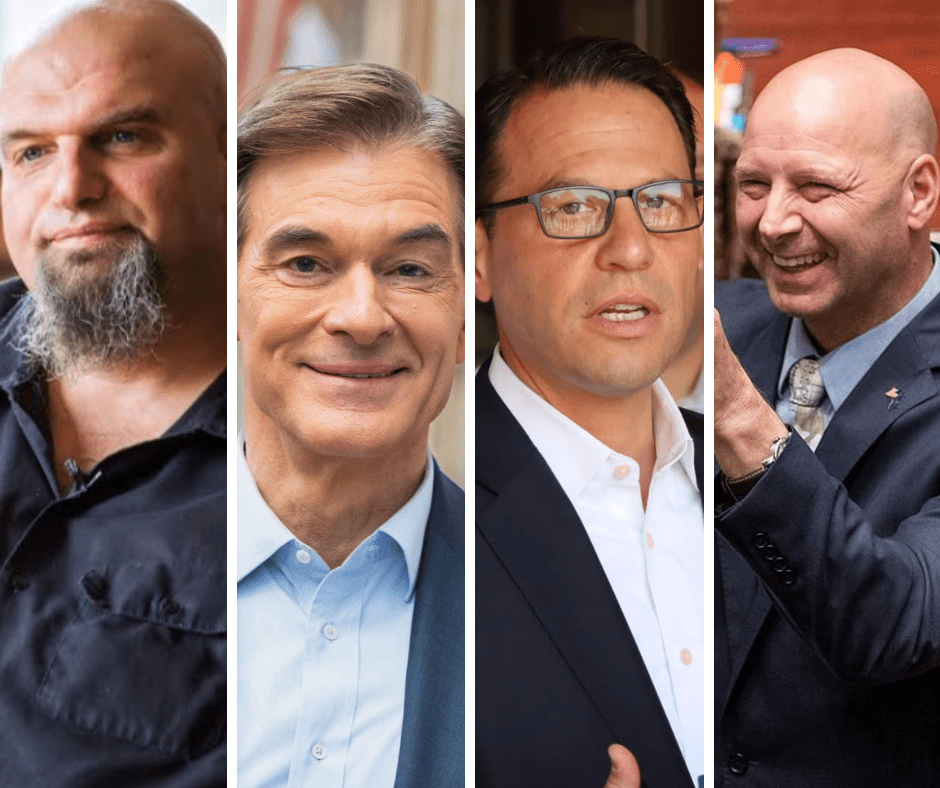 The latest Emerson College poll dropped on Friday morning and showed that the race for Pennsylvania’s U.S. Senate seat continues to get closer, while the chase for the governor’s chair remains at double digits.

The Democratic candidates – John Fetterman for Senate and Josh Shapiro for governor – continue to remain the favored choices of the respondents, although the lead is dwindling for the lieutenant governor and remaining solid for the Attorney General.

Fetterman’s lead over Republican candidate Mehmet Oz is just two points at 45-43 with eight percent indicating they were undecided and five percent selecting another option. Fetterman, the former mayor of Braddock, has held the lead in all 23 polls since the primary but five of the six most recent surveys have placed the margin between 2-4 points.

Spencer Kimball, Executive Director of Emerson College Polling, said, “There is a gender divide in the race for US Senate: men break for Oz over Fetterman by six points, while women voters break for Fetterman by seven.”

Shapiro holds a 10-point advantage over GOP opponent Doug Mastriano, 51-41, with two percent opting for another candidate and seven percent indicating they were undecided. The Pennsylvania Attorney General has crossed the 50-percent threshold in each of the five most recent polls, while Mastriano, a state senator from Franklin County, has averaged just 39 percent.

Sixty-one percent of those surveyed expected Shapiro to come away victorious.

Click here to see the PoliticsPA list of all polls and a moving average for the Senate and Governor’s races.