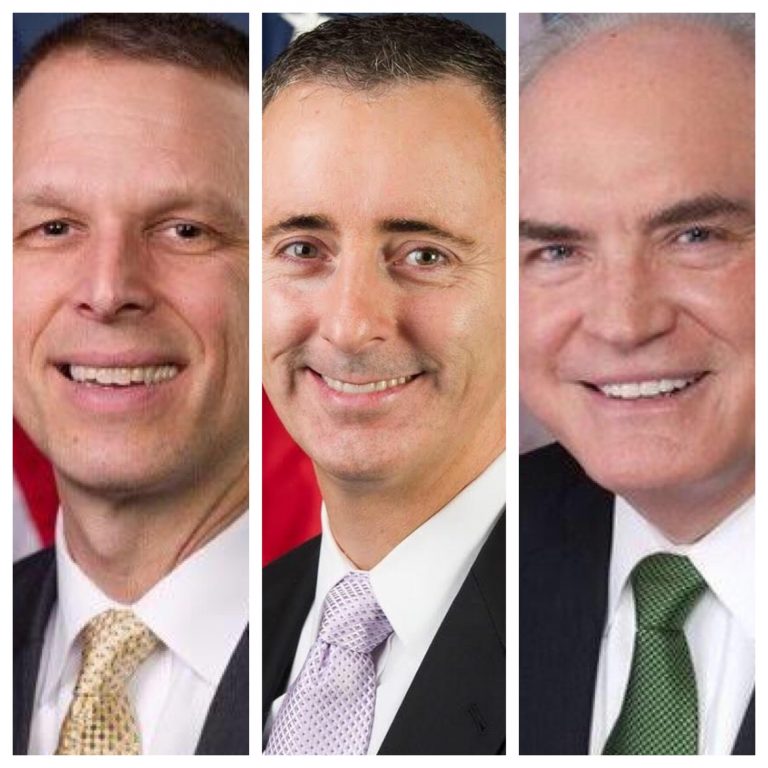 Make that two organizations that have their sights set on unseating these same three Pennsylvania Republicans in Congress.

On Friday, Emily’s List debuted their initial 2020 “On Notice” list that is targeting 6 Senators and 43 House Republicans who they dubbed as vulnerable “anti-choice, anti-family incumbents.”

These same three were also singled out by the Democratic Congressional Campaign Committee on their first 2020 target list.

In 2017, Emily’s List, the PAC that attempts to elect pro-choice Democratic female candidates to office, placed Reps. Ryan Costello (R-Chester), Pat Meehan (R-Delaware), and Lloyd Smucker (R-Lancaster) on their first 2018 “On Notice” list. Smucker, the only candidate of the three to seek re-election, was awarded another term by defeating Democrat Jess King in the newly formed 11th District. Costello and Meehan, who represented different sections of the Philadelphia suburbs, did not run again. All three seats in Philadelphia’s collar counties are now represented by pro-choice Democratic women, Reps. Madeleine Dean (D-Montgomery), Chrissy Houlahan (D-Chester), and Mary Gay Scanlon (D-Delaware).

Fitzpatrick, Kelly and Perry all were reelected in November by 5 points or less to serve another term in Congress after defeating three Democratic male candidates.

Kelly had the widest margin of the three, winning by close to 4.5 points over Democrat Ron DiNicola, but is also in the most Trump friendly district with the President carrying the new 16th District by 20 plus points in 2016.

Perry was reelected by defeating Democrat George Scott by just over 2.5 points in a district Trump won in 2016 by just shy of 10 points. Perry is the only of the three that is also being targeted by the DCCC in Facebook ads over the recent government shutdown.

Fitzpatrick is the only one of the bunch to represent a district that Sec. Hillary Clinton won in 2016, albeit by a very slim margin. The Republican incumbent defeated Democrat Scott Wallace by just over 2.5 points.

At the start of the previous session of Congress, Pennsylvania’s congressional delegation consisted of 18 male representatives. Four Democratic pro-choice women were elected to the Pennsylvania delegation in 2018, which was previously all male.

Fitzpatrick, Kelly, and Perry’s office did not immediately respond for comment.