It’s a sign that Democrats view congressional districts PA-1 and PA-7 among the top races across the country.

This morning, the Democratic Congressional Campaign Committee announced the addition of candidates Susan Wild and Scott Wallace to the committee’s “Red to Blue” Program.

The news is a significant boon to the campaigns from the national party: It means more organizational and fundraising support, as well as additional staff resources and training. 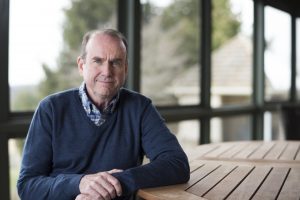 Forecasters see both as vulnerable districts that could flip this cycle.

Wild is running against Republican Marty Nothstein for the seat vacated by Charlie Dent in what would have been a Clinton +1 district in 2016.

GOP leaders also are keeping their eyes on the Lehigh Valley, and have added Nothstein to a similar national fundraising and campaign support program.

Party officials said the program is highly competitive and is awarded to candidates who connect strongly to the voters of their district and communities.

Democratic nominee Chrissy Houlahan, challenging Rep. Ryan Costello (R-Chester) in PA-6, is also part of the program; she was added much earlier because she ran unopposed in the primary. 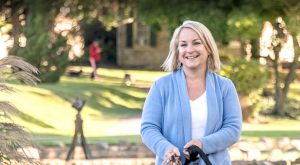 “Susan has spent more than 30 years working for the betterment of her community and is dedicated to fighting for working families to get a fair shot at a good education, a good paying job and affordable health care,” DCCC Chairman Ben Ray Luján said in a statement.

About Wallace, Luján said: “Scott fought for our veterans to ensure they get fair compensation, he’s worked to investigate the effects of Agent Orange on Vietnam veterans and has created clean energy jobs, empowered women and combatted climate change throughout his career,” Luján said. “Scott’s unique skills and experience, together with his energized grassroots campaign, make him an incredibly strong challenger.”

Officials said Red to Blue is “battle-tested” and gives top-tier candidates resources they need to build on already strong campaigns.

Committee officials added that they plan to add more campaigns to the program this year than in previous election cycles. See the complete list of Red to Blue candidates here.