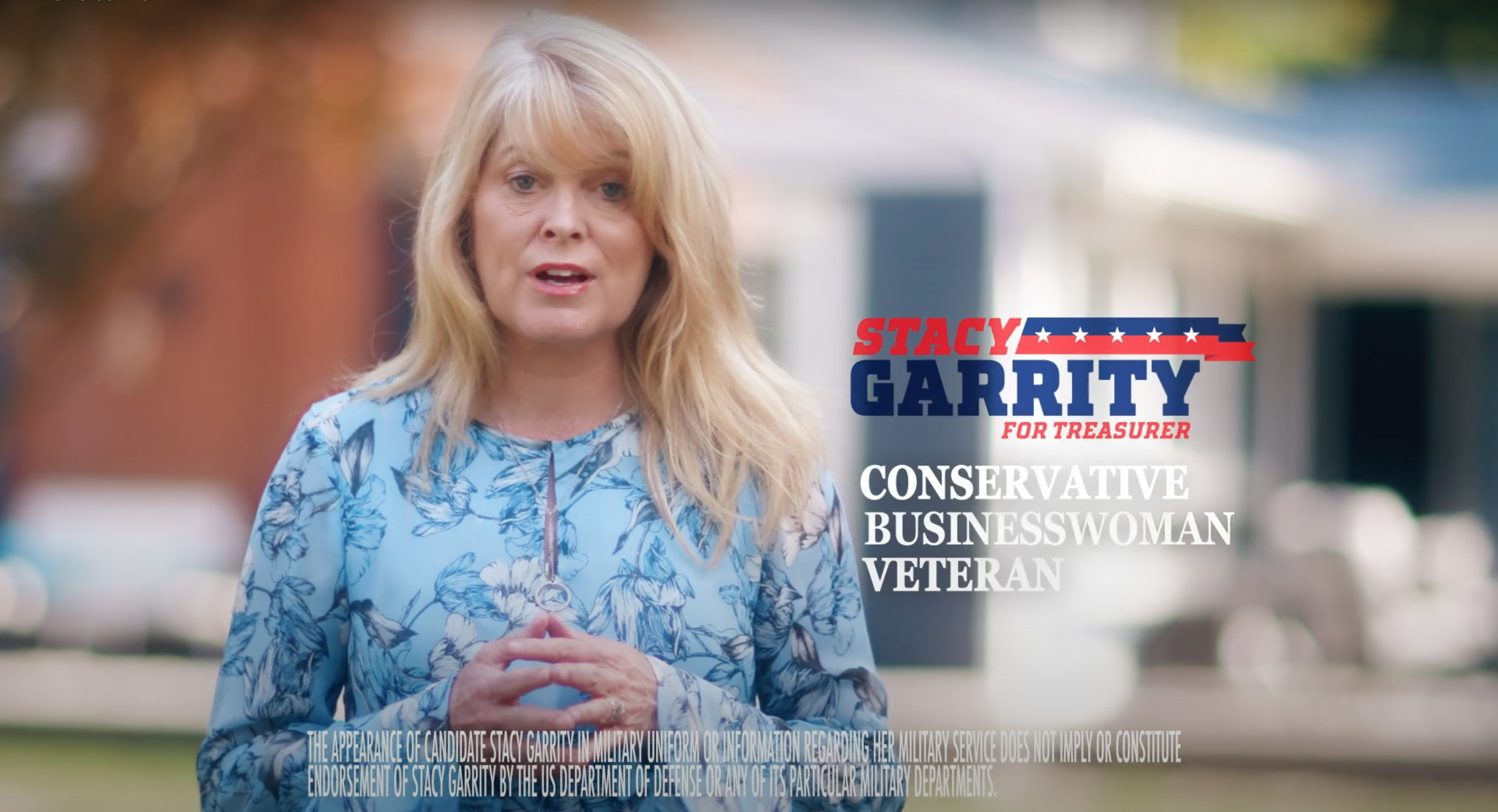 The GOP candidate for Treasurer is on television.

“I’m Stacy Garrity, a conservative, businesswoman, and Iraq War veteran,” Garrity says at the beginning of the 15 second spot, “We Stand.”

“In Pennsylvania, we stand for the National Anthem, we kneel to pray, and we put family and country first,” Garrity continues.

“I’m Stacy Garrity and I’m running to hold Harrisburg accountable,” she says to complete the ad.

PoliticsPA is seeking comment from the Torsella campaign on this ad.

According to a release from the Garrity campaign on Oct. 20, the TV ad will air in the Wilkes Barre/Scranton and Johnstown/Altoona markets.

Torsella has released a pair of TV spots running statewide in the race. His first ad titled, “Leading By Example” promoted some of the changes he’s brought to an office that has previously been plagued by corruption in the state. Torsella’s second ad titled, “Rigged”, features the incumbent railing against Wall Street, while promoting his record since being elected to the statewide office in 2016.

The lone public poll released of the race showed Torsella in the lead.

A Monmouth University poll showed Torsella leading Garrity by by 6 points, 47-to-41, among registered voters in the state in the race for Treasurer, while 10% are undecided. Torsella holds a 5 point lead over Garrity, 47-to-42, among likely voters in Monmouth’s high turnout model. Torsella’s lead over Garrity shrinks to 4 points, 47-to-43, among likely voters in Monmouth’s low turnout model.

Torsella defeated Republican Otto Voit by 6 points in the 2016 election for the open Treasurer seat.