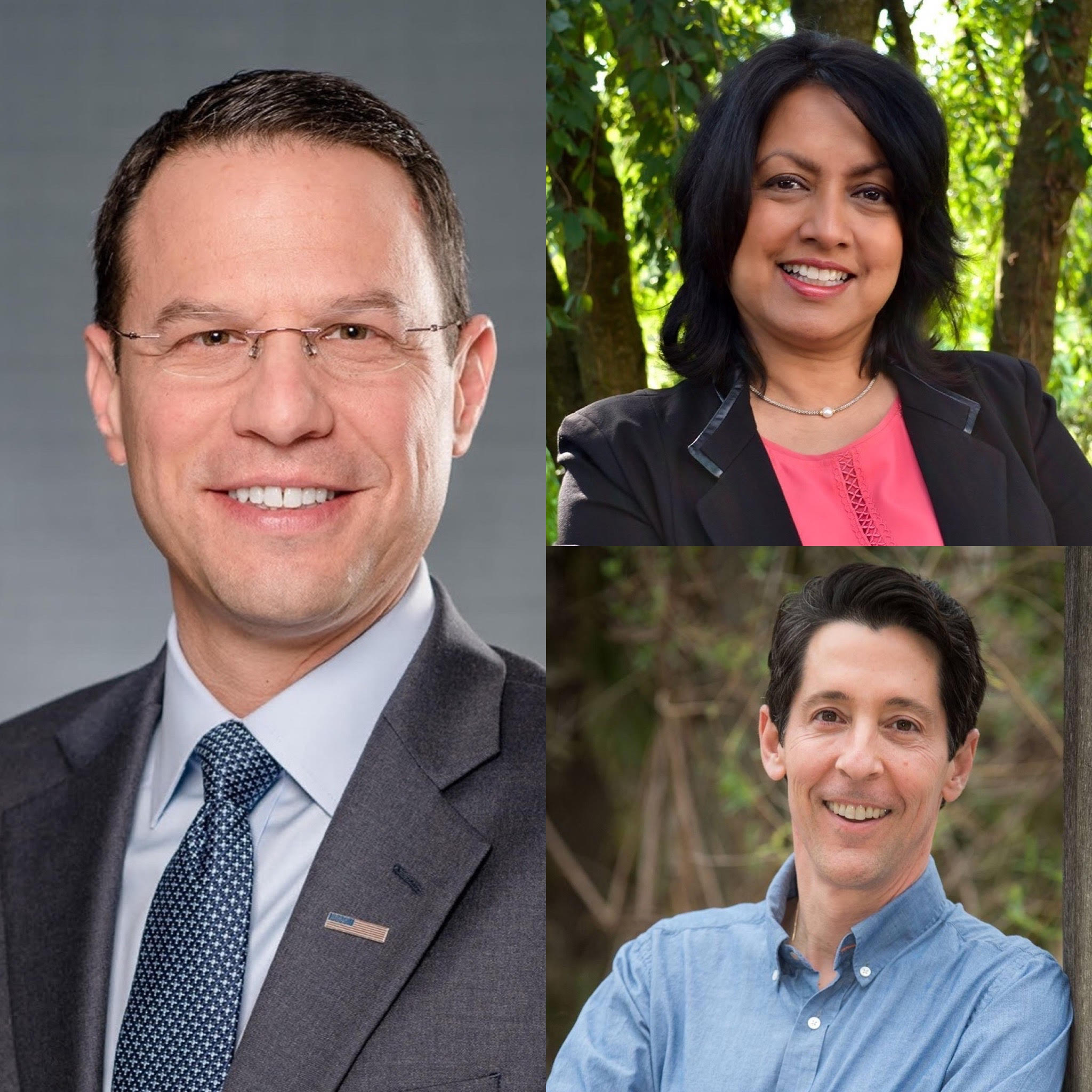 Shapiro leads Heather Heidelbaugh, a former Allegheny County Councilwoman and Pittsburgh-area attorney, by 15 points, 53-to-38, in the race for Attorney General among registered voters in the state, while 7% remain undecided. Torsella leads Stacy Garrity, an Iraq War veteran and businesswoman, by 6 points, 47-to-41, among registered voters in the state in the race for Treasurer, while 10% are undecided. In the race for Auditor General, 46% of registered voters said that they would vote for Ahmad, a former Deputy Mayor of Philadelphia, while 40% said that they’d vote for Tim DeFoor, a Dauphin County Controller, and 12% that said they are undecided.

While the Democrats hold leads in all three statewide contests, only Shapiro’s lead is outside the poll’s margin of sampling error.

This is the second time that Monmouth University has polled the races for Attorney General, Auditor General, and Treasurer. In comparison to their poll among registered voters of all three contests conducted in late-August, Shapiro has expanded his lead by 5 points over Heidelbaugh, while Ahmad added 4 points on to her lead over DeFoor, and Torsella gained an additional point over Garrity.

This latest polling from Monmouth also shows former Vice President Joe Biden expanding his lead over President Donald Trump in the Keystone State, in comparison to the previous poll. Biden leads Trump by 12 points, 54-to-42, among registered voters in the state in today’s poll, while Biden only held a 4 point lead over Trump, 49-to-45, in the poll conducted in late-August.

Another noteworthy shift in this latest polling is that each Democrat has a double digit advantage with Independent voters polled.

Although there are the only two public polls in the races for Auditor General and Treasurer, a GOP friendly pollster showed a much tighter race for Attorney General.

A Trafalgar Group poll of likely voters commissioned by the American Industry Project in mid-September showed Shapiro leading Heidelbaugh by just over 3 points, 46.7%-to-43.2%, while 5.3% are undecided.

Monmouth surveyed 500 Pennsylvania registered voters from Sept. 30 to Oct. 4. The poll has a margin of error of +/-4.4%. FiveThirtyEight gives Monmouth an “A+” rating, although the poll favors Democrats by an average of 1.3%.