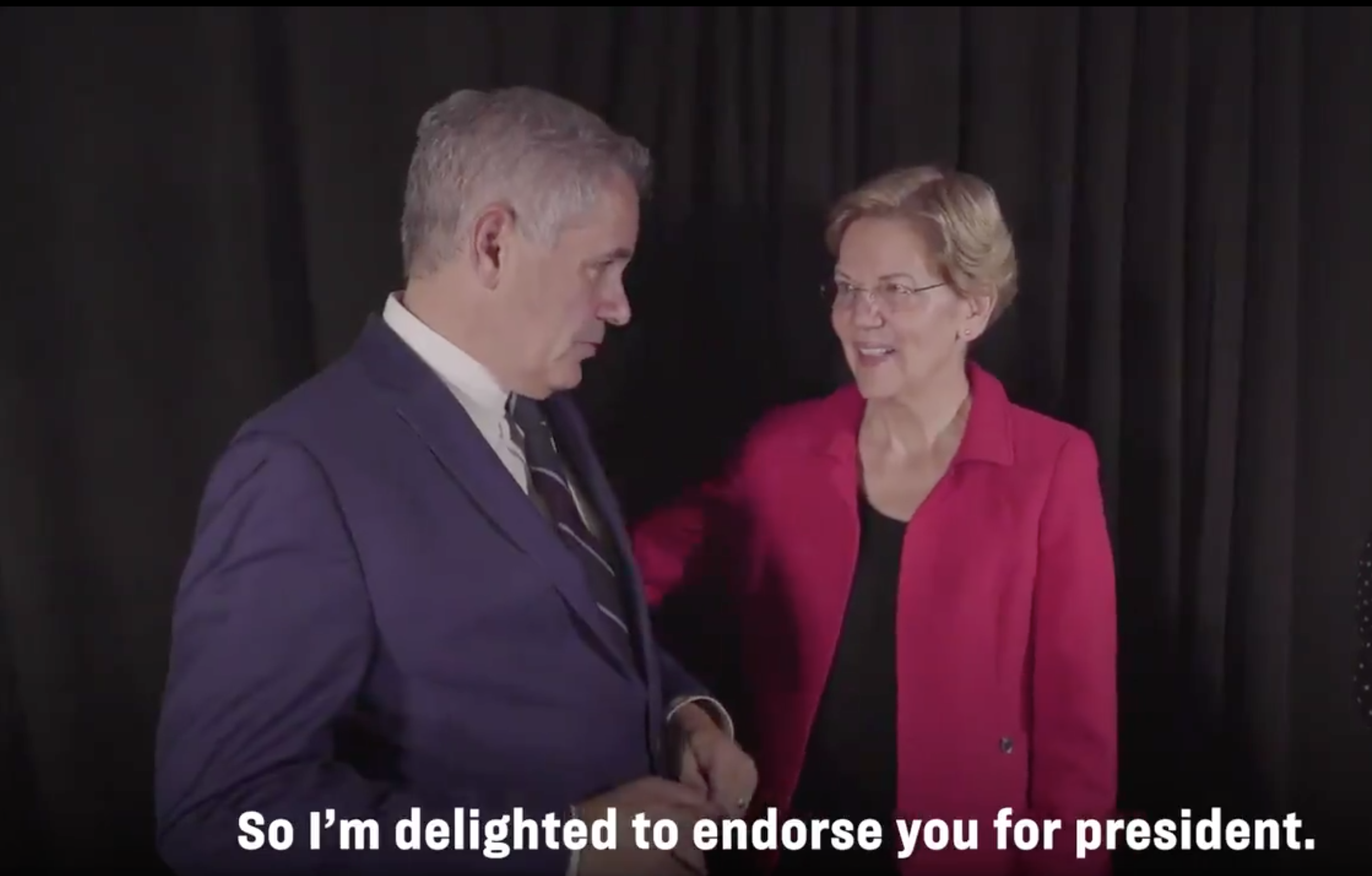 “Elizabeth Warren is principled, she is for the people, and she is unrelenting,” Krasner said in an announcement video. “She backs down from no one, and that is exactly what we need in the White House right now.”

“I’m endorsing Elizabeth Warren because her plans fundamentally change how we address crime. She is here to serve the interests of working people, middle-class people, poor people. She is trying to make it fair,” Krasner said.

Philadelphia’s progressive DA also lauded Warren in the video for having a message about “economic justice” that connects easily to a message about “criminal justice reform.” Krasner added in the video that the nation needs to have a “reckoning, and come straight at the issue of race” believing that Warren’s message has been clear on the topic.

This is Warren’s second high profile endorsement from the state of Pennsylvania, with both coming from Philadelphia. Last Wednesday, Philadelphia Mayor Jim Kenney announced his support for Warren’s presidential bid. Most Democratic elected officials in the state to endorse so far support former Vice President Joe Biden, including Philadelphia Congressmen Brendan Boyle and Dwight Evans.

Warren’s campaign released a statement welcoming the endorsement of Krasner, crediting him as a “staunch advocate for working families.”

Although Warren has been gaining momentum in the state and nationwide, some of the most pointed criticism from a fellow Democrat has come from a former Philly Mayor and Pennsylvania Governor. Ed Rendell penned an op-ed in the Washington Post accusing Warren of being a “hypocrite” of campaign fundraising in September.

The former Vice President and Scranton native has remained at the top of various Pennsylvania Democratic primary polls, while Warren is in second place. The Real Clear Politics average shows Biden leading with 22.5%, followed by Warren at 15%, then Sanders polling at 9%, and Buttigieg in fourth place with 7%.

#ElizabethWarren is principled, she is for the people, and she is unrelenting. She backs down for no one and that’s exactly what we need in the White House.
Her message about economic justice connects so easily to criminal justice reform. pic.twitter.com/OMzD2aOLRA