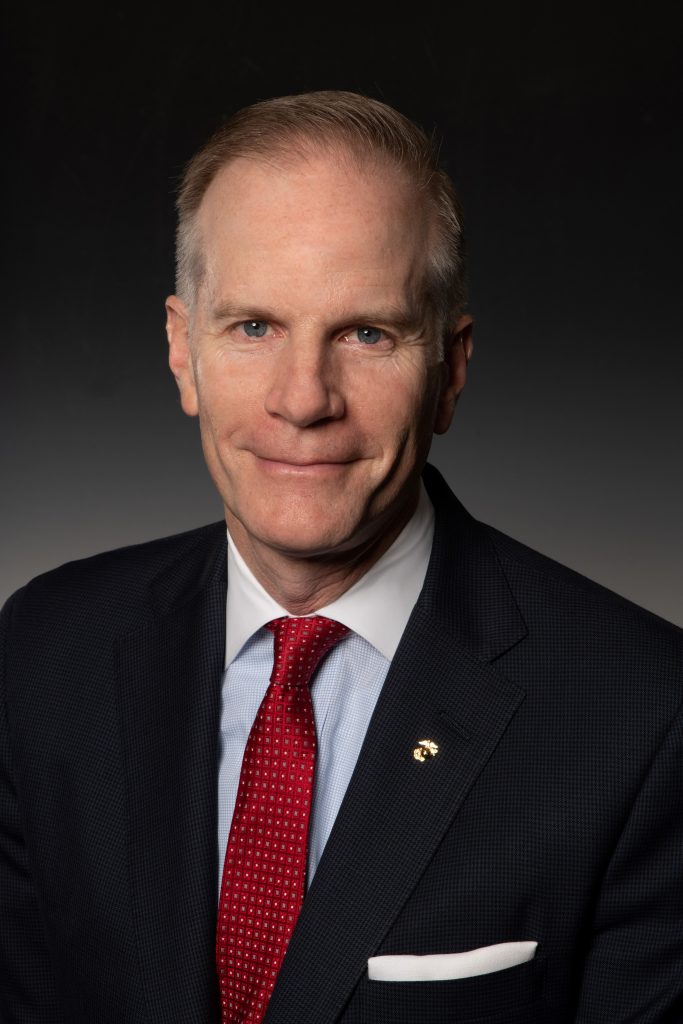 In what the Philadelphia Inquirer describes as his “most significant step yet toward a run for governor next year,” former U.S. Attorney Bill McSwain has formed a political committee.

While McSwain’s name has been floated as a potential candidate for either open statewide office in 2022, Freedom PA PAC’s website takes aim at Gov. Tom Wolf, which signals his interest in the race for governor and not Senate.

“In the 7 years that Tom Wolf has been Governor, Pennsylvania has gone backwards,” the opening line reads under the “Vision Statement” section of the PAC’s website.

He continues to blast Wolf in the following paragraphs of this section and claims that Pennsylvanians “freedoms have been violated,” due to his response to the coronavirus pandemic, accuses Wolf of putting “teachers’ unions before” kids education, and criticizes the current administration’s stance of regulation and taxes.

“Tom Wolf’s centralized, oppressive big government model has failed,” is written at the bottom of the “Vision Statement” section. “It is time to rid ourselves of it. With more freedom, every family in this great state, from Pittsburgh to Scranton, Philadelphia to Erie, will have a chance at a better, safer, and more prosperous future.”

This page also includes “conservative ideas to renew Pennsylvania,” that Freedom PA backs, including support to “harness the natural resources” of the state, advocating for school choice, lowering taxes, less regulations, and “promoting public safety, instead of far-left policies that put criminals first.”

McSwain, who was appointed by former President Donald Trump to serve as the U.S. Attorney for the Eastern District of Pennsylvania from 2018-2021, touts his record in that position, while also criticizing Philadelphia District Attorney Larry Krasner.

“As U.S. Attorney, Bill aggressively prosecuted violent criminals (something that the Philadelphia District Attorney, Larry Krasner, refused to do) and put corrupt public officials in jail,” is written on the “About Chairman” page.

He continues to promote his opposition to Philadelphia’s proposed supervised safe injection, Philadelphia’s “sanctuary city” status, his role of putting “rioters, looters and arsonists in Philadelphia in jail during the summer 2020 civil unrest,” and his role in changing Philadelphia’s restrictions of public gatherings as a result of the coronavirus pandemic.

Although McSwain is signaling his interest in launching a bid for governor through the formation of this PAC, the potential GOP race for governor appears to be growing by the day.

Montgomery County Commissioner Joe Gale formally announced a bid for the office in February, while several other Republicans have reportedly expressed interest in the seat.

State Rep. Jason Ortitay (R-Washington) registered a campaign domain a few weeks ago and said that he was considering entering the race, while state Sen. Dan Laughlin (R-Erie) also announced that he’s weighing a run for the open seat.

Congressman Dan Meuser (R-Luzerne) told PoliticsPA on Monday that he’s mulling a run for Governor, while former Congressman Lou Barletta (R-Luzerne) told the AP on Friday that he “will make a decision in the next few weeks on whether to seek the Republican nomination for governor of Pennsylvania in 2022.”

Attorney General Josh Shapiro is viewed as the Democratic frontrunner for Governor.