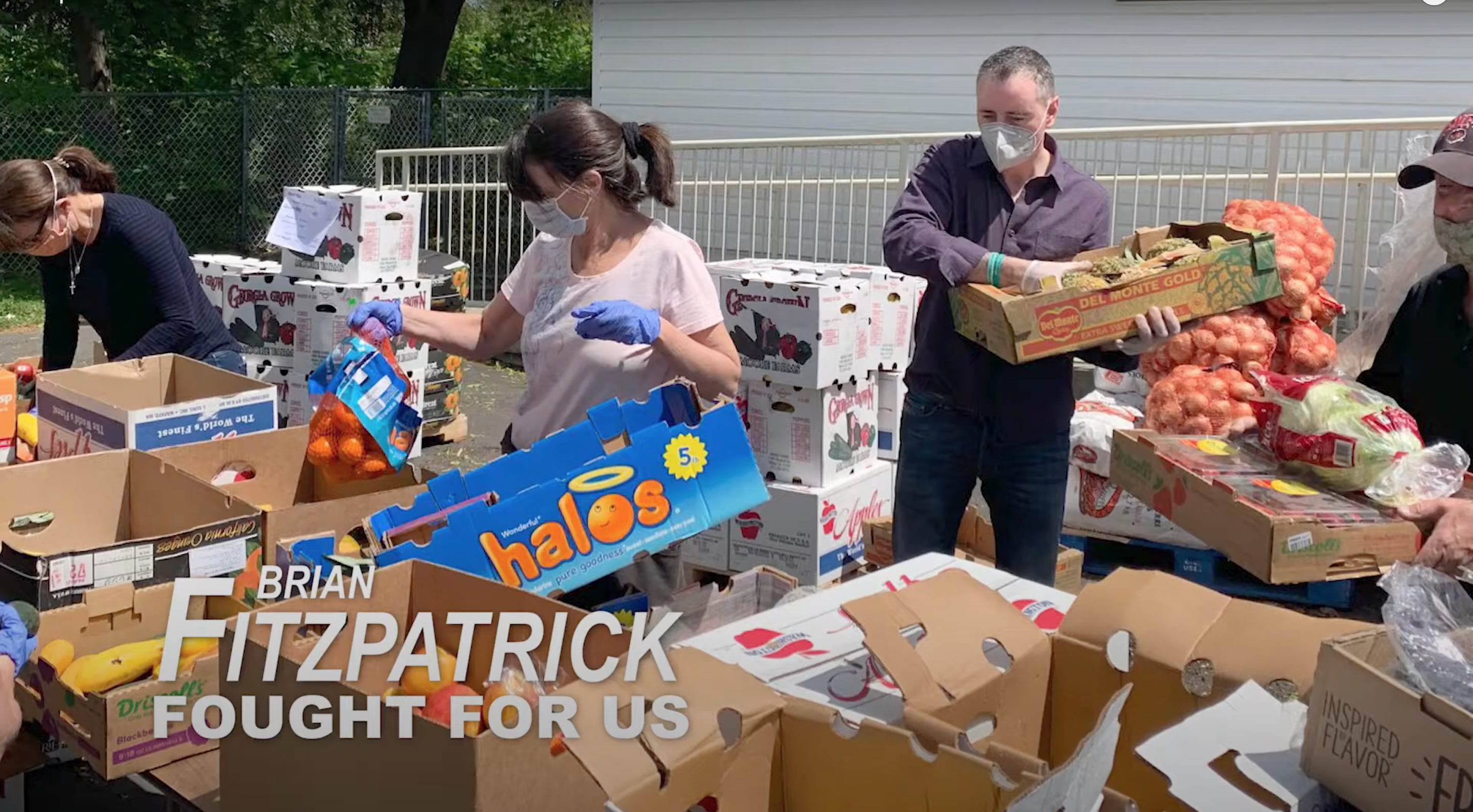 A GOP super PAC is back on the Philadelphia airwaves, hitting Democratic challenger Christina Finello for campaign fundraising. It creates a narrative contrast with Rep. Brian Fitzpatrick (R-Bucks), depicted with a list of COVID-19 responses.

“When the chips were down, Brian Fitzpatrick fought for us, suspending his campaign and helping his community recover from COVID-19,” a voiceover says at the beginning of the ad. “Christina Finello was nowhere to be found. Finello was busy raising campaign cash.”

The primary criticism of Finello doesn’t hold up to much scrutiny. Fitzpatrick raised more campaign cash than she did during the pandemic. And Ivyland Borough Council where Finello serves did respond to the COVID-19 pandemic, although its profile is lower than that of the U.S. Congress.

But the ad’s ultimate goal – to show Fitpzatrick as a man of action in crisis – comes through.

Finello’s campaign fired back, criticizing Fitzpatrick and his partial alignment with President Donald Trump’s response to the pandemic.

“Brian Fitzpatrick’s record during the coronavirus pandemic has been indefensible. He’s voted against relief — on multiple occasions — for our local schools, working families, and small businesses,” said Finello Campaign Manager Ali Anderson. “Fitzpatrick has sided with Trump over the people of our district, and because he can’t run on his record, the corporate special interests backing him have resorted to desperately attacking Christina’s grassroots campaign.”

Fitzpatrick’s campaign significantly outraised Finello during Q1 and Q2 of the campaign, $890,000 to $400,000. Both Finello and Fitzpatrick claimed they broke fundraising records last quarter in separate press releases, although the data is not available on the FEC website yet.

A spokesperson from Defending Main Street told PoliticsPA that the commercial cost for the total ad buy is $180,000 and is currently airing on Philadelphia cable. The GOP super PAC released a TV ad earlier this cycle tying Finello to Speaker Nancy Pelosi and specific aspects of the HEROES Act.

According to the PAC’s candidate page, it also backed Fitzpatrick in his 2018 and 2016 bid for office. The only other time it supported another Pennsylvania candidate was in 2016 by endorsing then-Rep. Bill Shuster (R-Blair).