Reader Poll: Will Marcel Groen Be the Next Democratic Chair? 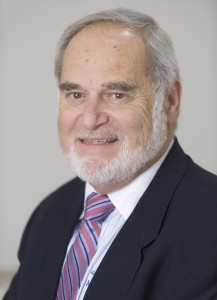 It was no secret that Tom Wolf and Jim Burn didn’t get along.

After winning the Democratic nomination, Gov. Wolf tried to install Katie McGinty as Chair. Burn resisted and Wolf chose to start a PAC to act as his own party-in-exile.

After all that, it was really just a matter of time until Burn decided to step down and now that time has come.

In fact only a month ago, Chris Brennan of the Inquirer reported that Burn was considering stepping down.

He also mentioned that Wolf has a new favorite for the position: Montgomery County Party Chairman Marcel Groen.

Congressman Bob Brady told Brennan that the Governor was calling around for support. Rep. Brady, who is also the powerful head of the Philly Democratic Party, agreed to back whoever Gov. Wolf wanted.

“If the governor would like me to serve in that capacity, I’d love to do it,” Groen stated at the time.

So we ask you our readers, will Wolf get who he wants this time?

Will Marcel Groen Be the Next PA Democratic Party Chairman?