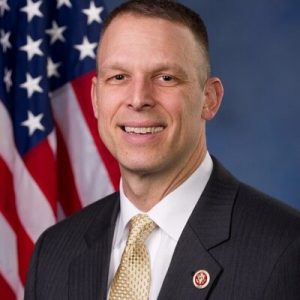 Rep. Scott Perry (R-York) moves up one spot on this ratings outlet’s most vulnerable incumbent list.

On Tuesday, Roll Call named the York County Republican representing Pennsylvania’s 10th Congressional District as the 9th most vulnerable House incumbent seeking reelection in 2020. He is the lone Pennsylvania representative on the most recent top ten list.

The article points to him being a member of the conservative House Freedom Caucus in a newly drawn district that isn’t as GOP friendly as the previous seat he held, coupled with the possibility of facing state Auditor General Eugene DePasquale, who they describe as a “well-funded Democratic opponent” and one of the Democrats “top recruits.” The article does cite Perry’s current cash advantage with him having $815,000 at the end of the first quarter, while DePasquale had $657,000.

Although the article only mentions DePasquale as a Democrat interested in the seat, attorney and author Tom Brier is also seeking the Democratic Party nomination.

Roll Call’s ratings in November had Perry listed as the 10th most vulnerable House incumbent seeking reelection in 2020.

The complete Roll Call article can be found here.