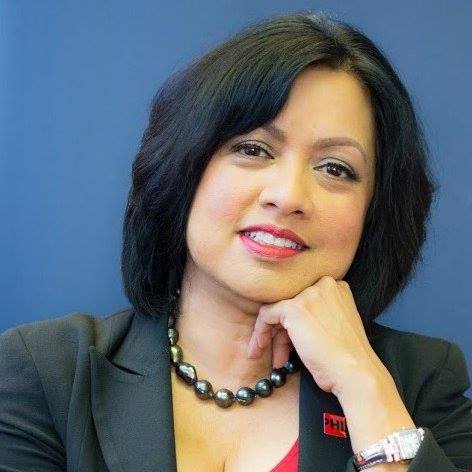 A second Democrat has entered the race to replace Auditor General Eugene DePasquale.

“There are two things in short supply in Pennsylvania,” Ahmad said in a release. “Accountability and transparency. Pennsylvania residents deserve elected officials they can trust and a commonwealth that operates in plain sight.”

The release about her announcement detailed her belief that the job of the auditor general is to hold government accountable and ensure Pennsylvanians know where and what their money is being spent on.

Ahmad said she also plans on using the office to address sexual harassment in government, taking on “Big Pharma” to lower costs on medicines and combat the flow of opioids into the state, and provide the resources and data to “call out the NRA and finally pass effective gun safety legislation.”

On the issues page of her campaign website, she provides plans for education, criminal justice, climate change, immigration, healthcare, sexual harassment, gun violence and the economy.

On the topic of education, Ahmad advocates for establishing universal pre-k, reforming standardized testing, and eliminating higher education debt. Ahmad’s criminal justice positions include “treating addiction with empathy and ending the war on drugs,” while opposing the death penalty in all cases. She voices support for the Green New Deal for her climate change and energy policies, while also calling for the “elimination of environmental racism,” and opposing fracking.

Ahmad’s immigration policies include reforming a path to citizenship, protecting DACA, and abolishing U.S. Immigration and Customs Enforcement (ICE). Her healthcare positions support creating Medicare for All, reducing “racial disparities in health outcomes,” and protecting abortion access. On the topic of sexual harassment, which she told PoliticsPA in an interview in September would be her first priority, she said it’s important to support survivors of violence, create accountability for public funds, and “remove abusers from office.”

This will be Ahmad’s second bid for a statewide office. In 2018, she finished second in the five candidate Democratic primary for Lt. Gov, behind Braddock Mayor and eventual winner John Fetterman. Ahmad captured 23% of the statewide vote, while finishing second in Philadelphia behind incumbent Lt. Gov. Mike Stack. She won the Philadelphia and Harrisburg media markets and finished second in a number of other regions in the state.

Her announcement also highlights her Ph.D in Chemistry, being chair of the Philadelphia chapter of the National Organization for Women, and being the “first candidate two years ago to publicly call” on state Sen. Daylin Leach (D-Montgomery) to resign from office.

Christina Hartman, a non-profit leader and former Lancaster County congressional candidate, was the first Democrat to formally enter the race. Three other Democrats have also been laying the groundwork for a run at the statewide office. Both Ahmad and Hartman, were present at the most recent Democratic party state committee meeting, along with former Philadelphia City Controller Alan Butkovitz, Pittsburgh City Controller Michael Lamb, and state Rep. Scott Conklin (D-Centre), all confirmed their interest in the seat to PoliticsPA.