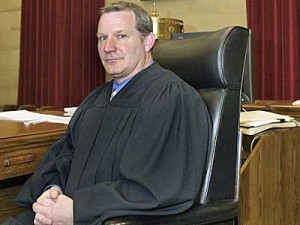 The Democrats met in Hershey today to decide which candidates to endorse ahead of the judicial primary elections in May.

Philly Judge Kevin Dougherty won the endorsement of the party on the first ballot. The brother of IBEW 98 Business Manager John Dougherty, Kevin had one of the more impressive receptions on Friday night complete with food, ice cream and free tote bags and travel cups.

Also scoring an endorsement on the first ballot was Superior Court Judge David Wecht, son of Dr. Cyril Wecht. The Allegheny County native was pleased and motivated by his victory.

“Today marks the end of one journey and the beginning of another,” Wecht stated. “The journey which took me to today’s nomination took my campaign across 67 counties and too many county dinners to mention. But that kind of grassroots journey is what, I believe, will win this seat in November.”

“My nomination today by the rank-and-file of the state Democratic Party is both humbling and re-invigorating,” he continued. “Today we begin again to cross the Commonwealth building upon our effort today. I pledge to continue to work hard every day on the campaign trail to earn the confidence that state Democrats have placed in me today.”

No other State Supreme Court candidate received the necessary two-thirds of the committee’s vote, leaving one endorsement spot empty.

Woodruff came up short despite the backing of the party’s Black Caucus, which urged Chairman Burn to include Woodruff as one of the endorsees.

Despite those decisions, Donohue and Woodruff, as well as candidates Anne Lazarus and John Foradora will still compete in the May primary.

The committee did not endorse any of the Superior Court candidates.