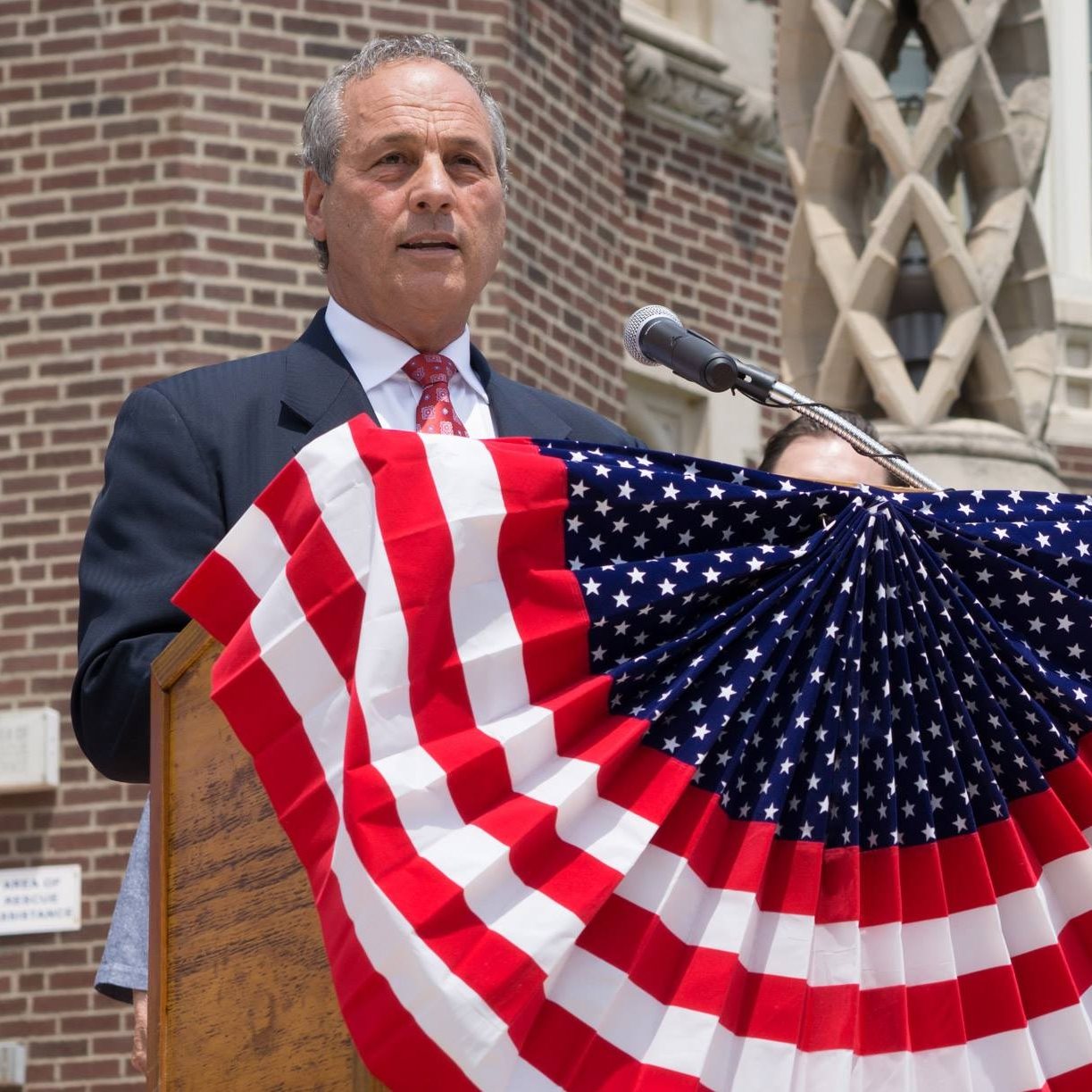 Mike Marsicano, the former Democratic Mayor of Hazleton, formally announced his candidacy last Thursday for the seat in Northeast Pennsylvania.

In a 4 minute video he released on social media sharing his intentions for the seat, Marsicano touches on a number of topics and says the three most important issues to Northeast Pennsylvania are the economy, crime, and the opioid crisis.

While a central theme for the former Democrat turned Republican is to tout President Donald Trump’s agenda, he also delivers his sharpest criticism at House Speaker Nancy Pelosi (D-CA) and believes Cartwright is placing her interests in front of those in the district.

“Nancy Pelosi and her shills in Congress are attacking President Trump at every turn,” Marsicano said in a release. “Matt Cartwright is the 6th highest ranking Democrat in Congress, so where do you think his loyalties lie?”

In an emailed response to PoliticsPA about what prompted him to join the race, he continued to criticize Cartwright, who he claims ran on “middle-class, moderate policies” but ultimately casts votes that do not represent the district.

“I believe that Matt Cartwright ran on middle-class, moderate principles that led to his election,” Marsicano said in a response to PoliticsPA. “Unfortunately, I have no choice now but to believe that Rep. Cartwright is at the disposal of the Democratic leadership in Washington, and his appointment to Democratic leadership as the Co-Chair of the Democratic Policy and Communications Committee. He no longer has a district agenda, but rather a beltway/Washington agenda. This is why I’m running.”

PoliticsPA is seeking comment from the Cartwright campaign on Marsicano’s entrance into the race.

Marsicano continued to say his story of being a Democrat for years and walking away from the party will resonate with voters. He was the Democratic Party nominee for Congress in 2016 against Rep. Lou Barletta (R-Luzerne) in the old 11th District, but lost by 27 points to the incumbent.

Marsicano said that despite changing his party registration from Democrat to Republican shortly after the 2016 election, his position on issues have not changed and believes he was criticized by the Democratic Party during his congressional bid for “not towing the party line” citing his refusal to endorse Sec. Hillary Clinton over Trump, support for “enhanced security at our Southern Border,” and standing by “law and order values.”

“Those who know me know that my position on the issues has not changed, I am saying the same themes that I said in 2016,” Marsicano said. “My commitment to the American people and desire for fair representation has not wavered over these last four years, and I know now, in my heart, that supporting our President is the best way that I can allow my voice to be heard.”

On his campaign website, Marsicano penned a letter titled, “Why I Switched: The Truth About The Democratic Party.” In this letter, he referred to himself as a “blue-dog, conservative Democrat” during his 2016 Congressional race and said his father, who he dubbed a “blue-dog Kennedy Democrat,” never would have voted for “the squad,” and other progressive Democrats on the ballot in 2018. He also pointed to Rep. Jeff Van Drew (R-NJ) and state Sen. John Yudichak’s (I-Luzerne) recent departure from the party as proof that the Democratic Party is “no longer a party for the working man… and the party of Northeast Pennsylvania values.”

In an emailed response to PoliticsPA about priorities if elected to Congress, Marsicano said he will advocate for “working-class, family-sustaining jobs,” pledge to serve a maximum of three terms, and not take a Congressional pension or healthcare plan and “other benefits that are afforded to Congress.” He also voiced support for strengthening the Mine Workers Protection Act and said he’d support efforts the strengthen the current background check system, but would not support any legislation that would “infringe on the second amendment.”

The last point he added, “perhaps most importantly,” he voiced his “strong” support for Trump’s reelection effort.

On the issues page of his campaign website, he lays out his stances on the following topics: Fighting the Pelosi Machine, Standing With Our President, Northeast Pennsylvania Values, Fixing Healthcare, Growing Our Economy & Trade, Fighting The Opioid Crisis, Protecting The Second Amendment, Securing Our Country, Caring Our Veterans, Labor & Infrastructure, and Fighting Regulation.

The “Fighting the Pelosi Machine” of his campaign website includes a pledge from Marsicano to file a parliamentary resolution for Pelosi to “vacate the chair” to remove her as Speaker and if she is no longer Speaker by 2020, he said he would file a motion to censure Pelosi that would “send a message” that the nation is “fed up with her abuses of power.” While expressing his support for Trump on the “Standing With Our President” page, he criticizes the “establishment in D.C.” and praises Trump by saying that he “supports everything the President Trump has done.” On the “Northeast Pennsylvania Values” page, he claims that he Cartwright is not representing the district well and made the case that his pledge to only serve three terms and goals of spending as much time in the district as possible suits him well for the 8th District.

On the policy end, Marsicano said “fixing healthcare” is his number one policy priority and touts his support for “The Lower Healthcare Costs Act,” and believes there is a real chance at bipartisan legislation to address the matter. His plans for “growing our economy & trade” fall in line with Trump’s plans saying that “both are thriving because of the Trump administration,” as he emphasizes his support for the USMCA trade pact, which Cartwright also supports, and adds that he backs Trump’s efforts to end “unfair trade practices perpetrated by China.” Marsicano said in the effort of “fighting the opioid crisis” he supports legislation to provide local police departments with increased resources to fight it and also applauds the Trump administration’s efforts thus far on the issue as well.

His campaign website’s plans for “Protecting the Second Amendment” tout his lifetime membership with the NRA and promises to protect it at all costs. He pledges to not vote for any legislation on the matter by a member of Congress who has “not shown proficiency in the knowledge of firearms” and said he plans on working hand-in-hand with the Congressional Second Amendment Caucus. The lone current Pennsylvania Republican in that caucus is Rep. Scott Perry (R-York).

Marsicano believes the nation is facing an “immigration crisis like we have never seen before” on the “Securing Our Country” page of his campaign website and offers his support for the Trump administration’s effort on the matter and also added his support for using the United States military to “fight this crisis” if it was necessary. He also offers his support for Trump’s foreign policy agenda, while specifically citing the Middle East, on this page.

On the “Caring Our Veterans” page, Marsicano details his background serving as a Military Police Officer and said he’d draft legislation that would provide increased resources not only to the VA, but also local veterans groups and draft legislation to increase accessability to mental health resources for veterans.

Marsicano lauds Trump’s trade deals on the “Labor & Infrastructure” page of his campaign website, but adds that he would support legislation to improve the state’s infrastructure, while specifically citing the need to “properly maintain I-81 and I-80.” He said this will also add “countless jobs” to the region. The “Fighting Regulation” page of his campaign website also ties into the local economy, and says that Trump’s goals of cutting regulations is having a positive impact on the blue collar workers of the district.