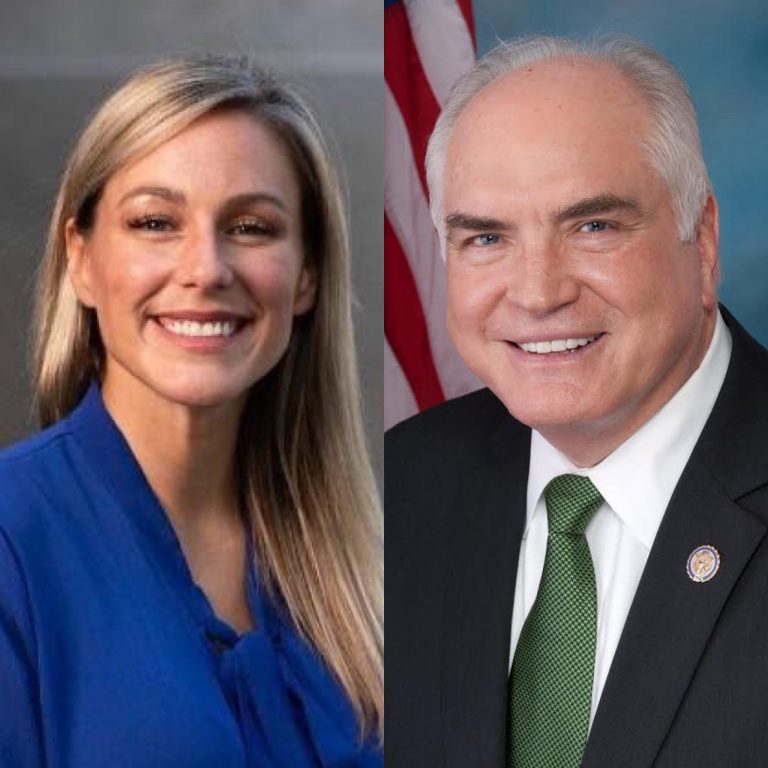 Rep. Mike Kelly’s (R-Butler) seat will most likely be the toughest to flip out of the Democratic Congressional Campaign Committee’s three targets in the state for 2020, but Democratic challenger Kristy Gnibus, a teacher in Erie, wants to show that she’s in a position to compete for the GOP friendly seat.

According to an internal poll released on June 25, Kelly is ahead of the Democratic challenger by 8 points, 48-to-40.

The Public Policy Polling survey was conducted on behalf of the Gnibus campaign. It includes 726 interviews of voters in the 16th Congressional District from June 22-23, and has a ± 3.6% margin of error.

PPP’s polling leans in Democrats’ favor by an average of 0.3%, according to analysts at FiveThirtyEight, which gives PPP a B rating. Having said that, all internal poll results should be taken with a grain of salt.

The internal poll also shows that only 43% say that they would vote to re-elect Kelly, plus the incumbent’s favorability ratings are barely above water. 37% say that they have a favorable opinion of Kelly, while 35% say that they hold an unfavorable view of him.

The Gnibus campaign believes these numbers show that the incumbent is vulnerable.

“This recent polling confirms what we’re seeing on the ground: that Pennsylvanians are tired of a Congressman who prioritizes his own personal profit,” said Ray Schein, Campaign Manager for Kristy for Congress. “Kristy is a real fighter for the hardworking families across the district and her focus on affordable health care and serving constituents not Washington special interests resonates with voters.”

The Kelly campaign and the National Republican Congressional Committee both shrugged off the numbers from the internal poll.

“We don’t put much credence into an internally released poll by a candidate attempting to raise money,” Melanie Brewer, Kelly campaign manager told PoliticsPA. “While our opponent continues to struggle to gain any momentum or identification, the Congressman will continue to focus on getting Western Pennsylvania’s economy back on track, lowering the cost of health care and being part of the solution to our nation’s divide.”

“Kristy Gnibus has no money and no chance at winning this seat,” said NRCC Spokesman Michael McAdams, citing Kelly’s significant cash on hand advantage in the race.

Kelly is currently serving in his fifth term in Congress representing the Western Pennsylvania district. He bested Democrat Ron DiNicola in his most recent reelection bid by close to 4.5 points in 2018, in the Trump friendly district.

The DCCC is targeting Kelly plus Reps. Brian Fitzpatrick (R-Bucks) and Scott Perry (R-York) in the state this November.

Kelly had the largest margin of victory in 2018 among the three candidates that the DCCC is attempting to unseat in the state. The Butler County Republican also represents the most Trump friendly district of the bunch with the President carrying the new 16th District by 20 plus points in 2016.

While Trump coasted in the district over Sec. Hillary Clinton in 2016, this poll shows former Vice President Joe Biden within striking distance of the president.

Trump edges out Biden by 4 points, 49-to-45, in this district, according to the poll.