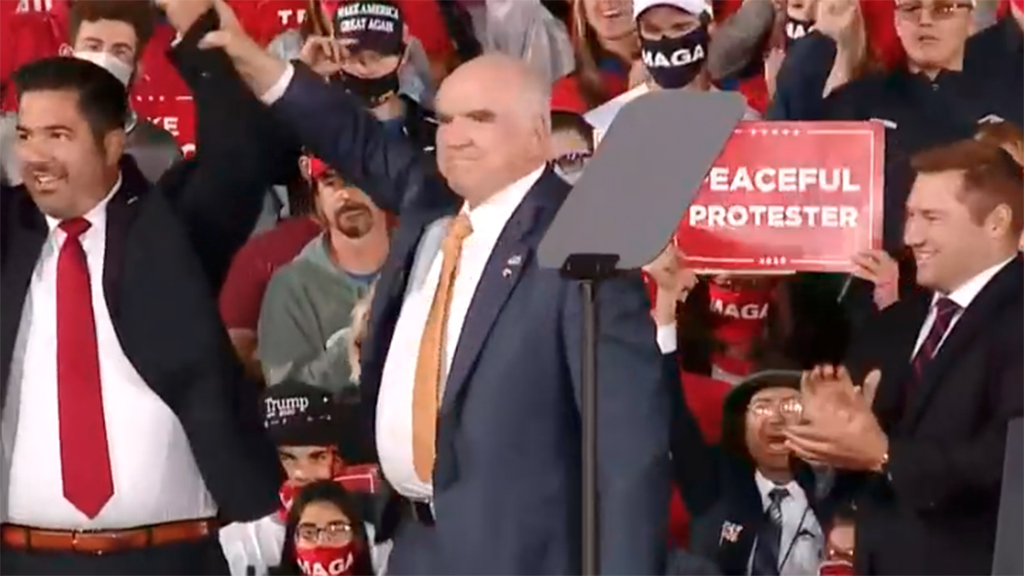 A pair of western PA Republicans and Trump allies have endorsed a candidate in the GOP U.S. Senate primary.

On Friday, Reps. Mike Kelly (R-Butler) and Guy Reschenthaler (R-Washington) penned a joint op-ed in the Pittsburgh Tribune-Review announcing their support for Sean Parnell’s candidacy for the U.S. Senate.

Kelly and Reschenthaler’s op-ed blasts Democrats and President Joe Biden’s administration and touts Parnell, a combat veteran and author, as the leader that Republicans need to take control of the U.S. Senate in 2022.

“America is at a dangerous crossroads,” Kelly and Reschenthaler write. “Radicals on the left have hijacked Democrats in Washington who are too weak to fight back. Many Republicans have shown an equally fluid spine when facing down the radicals of the left. That is why we simply cannot send another career politician, socialite or out-of-touch multimillionaire to the United States Senate.”

“What we do need are heroes, leaders and fighters,” they continue. “Sean Parnell checks all the boxes, and we fully endorse him to be the Republican nominee and next United States senator from Pennsylvania.”

Kelly and Reschenthaler are the two first members of the state’s congressional delegation to issue a formal endorsement in the 2022 Senate race. Just last week, prior to Parnell’s official entrance into the race, Reschenthaler boosted his candidacy by calling Parnell the Republican’s “best candidate” for the open seat.

On Tuesday, the same day that Parnell formally launched his campaign, Donald Trump Jr. shot out a tweet calling him “a friend and a strong conservative fighter with a spine of steel,” adding that “He’s 100% rock-solid America First and isn’t afraid to stand up and fight back against the radical Biden agenda and the leftwing media mob.”

Kelly and Reschenthaler joined Parnell along the 2020 campaign trail, while he was seeking a seat in the 17th Congressional District. Parnell lost to Rep. Conor Lamb (D-Allegheny) by just over 2 points, in a district that President Joe Biden carried by just under 3 points over President Donald Trump, according to Daily Kos.

While Parnell has landed these two endorsements, he isn’t the lone GOP Senate hopeful to have official support from fellow Republicans in the state.

Jeff Bartos, a Montgomery County real estate developer who was the GOP nominee for Lt. Governor in 2018, was endorsed by Treasurer Stacy Garrity in April. Garrity is currently the lone GOP statewide official to endorse a candidate in the Senate primary.

After Parnell’s formal announcement, the Philadelphia Inquirer’s Jonathan Tamari reported that Bartos launched ads on Google saying that Parnell “sided with liberals” and linked to a 2016 tweet from Parnell calling on Trump to release his tax returns.

While Bartos and Parnell are the highest profile names to enter the GOP race to succeed outgoing GOP Sen. Pat Toomey thus far, there are several other candidates that have declared their intentions to seek the party nomination.