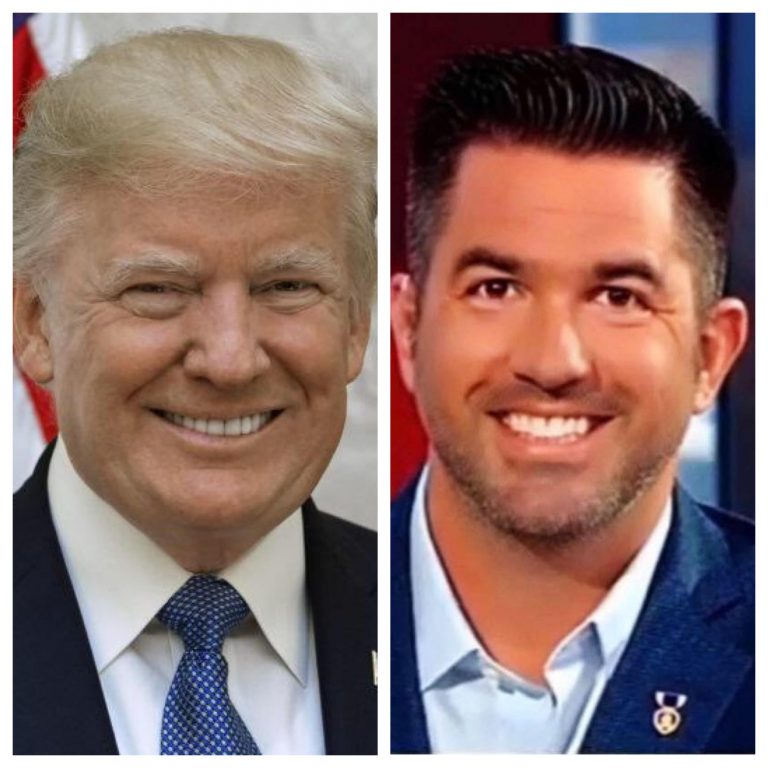 Nearly two months after President Donald Trump seemingly announced Sean Parnell’s candidacy at the annual Shale Insight Conference in Pittsburgh, he made his support official in a tweet on Wednesday morning.

“Sean is a great patriot and will do a fantastic job. Has my total and complete endorsement!,” Trump wrote on Twitter, quoting a tweet from Parnell about how to donate to his campaign.

Sean is a great patriot and will do a fantastic job. Has my total and complete endorsement! https://t.co/GxLuWGjKYX

Parnell, a combat veteran and conservative author, is currently one of three Republicans seeking the GOP nod for the 17th District in western PA. Scott Timko, a former Air Force pilot and small business owner, was the first to formally enter the race against Rep. Conor Lamb (D-Allegheny) in August. Brian Thomsen, a former Green Beret, MBA and business consultant, who wasn’t registered to vote in the state as of early October, was the second Republican who entered the race.

Thomsen spoke highly of all of the Republicans seeking the party nod to face Lamb, citing their military service as proof they care about serving others, and added that he wasn’t “disheartened” by Trump endorsing Parnell.

“One of us needed President Trump’s endorsement because it is important we take back congress and our country as a whole, re-establishing the American values that have helped us unite as one nation, stand in solidarity, and overcome the many struggles we have to date,” Thomsen said. “It’s great that President Trump has openly endorsed one of us.

Thomsen added that he is continuing his pursuit of seeking the GOP nomination for the seat and said he believes no matter the outcome that the three Republicans will rally around whoever wins the primary in an effort to flip the seat.

The Lamb and Timko campaign’s did not immediately respond for comment on Trump’s tweeted endorsement of Parnell.

Parnell’s official entrance into the race in late October drew attention from both GOP challengers. Timko sent out a tweet on Oct. 30 saying that he can “actually vote for myself unlike my newly declared primary opponent.#SellingideasNotbooks.” Thomsen shot out a tweet on Oct. 31 criticizing Lamb for voting for the impeachment resolution and calling Parnell “just a late entry.”

This story was updated to include the comments from the Thomsen campaign.