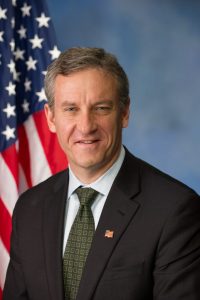 While a slew of Republican challengers emerged towards the end of 2019 in hopes of facing Rep. Matt Cartwright (D-Lackawanna), the Democratic incumbent holds a significant cash advantage heading into 2020.

Cartwright’s campaign raised just over $325,000 from the beginning of October to the end of December, while spending $90,000 during this time period. His fourth quarter haul was his best of 2019, edging out his previous high of $310,000 in the third quarter.

The fourth term Democrat has now raised over $1.2 million in the election cycle-to-date and holds $1.28 million cash on hand entering 2020.

According to the FEC, six Republicans have also filed to run for the 8th Congressional District, although only three of those candidates have filed reports thus far.

Earl Granville, a decorated war veteran and Veterans’ advocate who has been endorsed by House Minority Leader Kevin McCarthy (R-CA), raised $6,000 since formally entering the race in mid December to the end of December, while spending just under $2,000 during this time period. After just a few weeks of raising money, Granville entered 2020 with $4,500 cash on hand.

Teddy Daniels, a former police officer and wounded combat Army veteran who was the first Republican to formally launch a bid for the seat in August, raised just under $100,000 from the beginning of October to the end of December, while spending $50,000 during this time period. While the $100,000 is the largest of any Republican candidate vying for this seat in the fourth quarter, $35,000 of it was from a loan Daniels gave to his campaign. His campaign has raised just under $120,000 in the election cycle-to-date, and entered 2020 with just under $65,000 cash on hand.

Luzerne County Councilman Harry Haas, who joined the race in October, raised $10,000 from the beginning of October to the end of December, while spending just over $1,500 during this time period. Haas entered 2020 with just under $8,500 cash on hand.

The Cook Political Report currently has the seat held by Cartwright as “Toss Up” for 2020.

Cartwright is one of three Pennsylvania Democrats being targeted by the NRCC’s initial 2020 list, along with Reps. Conor Lamb (D-Allegheny) and Susan Wild (D-Lehigh).

One thought on “PA8: Cartwright Enters 2020 With Cash Advantage over GOP Field”