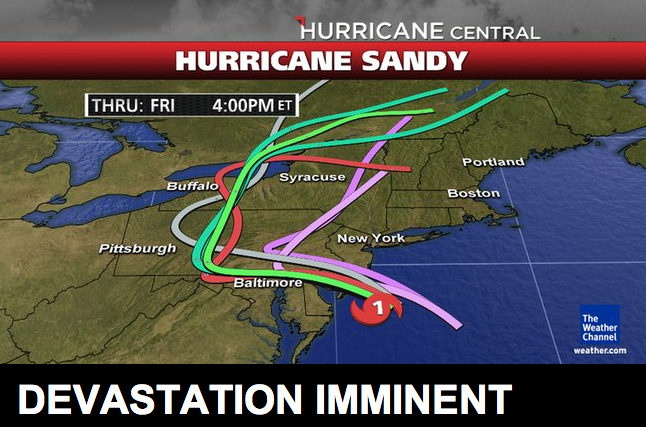 Good morning politicos, we hope you fared well despite the storm. PoliticsPA will be back to our regular schedule as soon as possible, as hopefully will be the campaign season.

Editor’s note: today’s Buzz is abbreviated because we wanted to have it ready to publish early Monday evening.

2 GOP Super PACs Coming Back to PA With $3.2M (Watch Video): For the first time since August, Republicans will air presidential campaign ads in Pennsylvania. Restore Our Future, the pro-Mitt Romney super PAC, is planning a $2.1 million Pa. buy for the final week of the election. Update: Obama’s CM says that will match the buy.

PA Part of $7.4M Anti-Obama Online Ad Buy: She’s just not that into you. That’s the message from pro-GOP 501(c)(4) Independent Women’s Voice to Barack Obama. Their online ads feature a young woman talking about the President as a lackluster boyfriend, and are in Pa. as part of a 5 state, $7.4 million online ad buy.

Cancelled: Biden to Stump in Hometown Scranton: Vice President Joe Biden is set to visit his hometown of Scranton on Nov 1, just four days before the 2012 election.

Report: Fitzpatrick Donors Would Benefit From Bills He Sponsored: The International Trade Commission has brought Fitzpatrick’s campaign finances under scrutiny after it published an estimate about legislation benefitting campaign donors in the chemical industry.

HD-39: PoliticsPA Exclusive: The group PA Working Families sent this mailer as a broadside against Rep. Rick Saccone (R-Allegheny). The Dem is Dave Levdansky, then man Saccone beat by a slim margin in 2010. This is one of the top races in Pa., and the candidates and committees are letting loose with mailers and more.

HD-151: Rep. Todd Stephens (R-Montco) squared off against Dem challenger Will Sylianteng. Read about it in The Reporter.