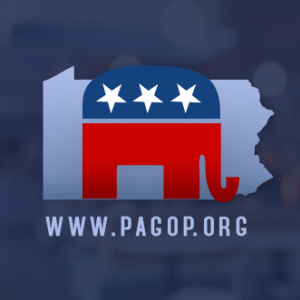 The next gathering of the Pennsylvania Republican Party has been pushed back until July.

The state party’s summer meeting has officially been rescheduled for July 10, citing the restrictions due to the coronavirus pandemic, according to an email sent by PAGOP Chairman Lawrence Tabas to state committee members on May 8.

“Like all of you, I am ready for a return to normalcy and I’m growing more frustrated with Governor Wolf by the day. As you may know he has now extended the stay at home order for many counties until June 4th — two days after our Primary Election,” Tabas writes to begin the email. “Since the Primary was postponed to June 2nd by the joint action of the Governor and the Legislature, our summer meeting was also postponed.”

“As I reported to you earlier, we received a Waiver from the RNC for the postponement,” Tabas continued. “Today I am announcing that our summer meeting will be held on July 10, 2020, which should give us enough time to ensure the Primary Election results are certified by the Department of State.”

“Because the Governor continues to extend his “stay at home orders,” and because it is not clear when large gatherings will be permissible, we will be holding the meeting virtually as permitted by our bylaws,” Tabas added.

The email also tells state committee members that they are working on the details for a virtual meeting and will provide more information to them as the meeting gets closer.

Their most recent state committee dinner at the winter meeting was headlined by Sean Parnell, a U.S. Army combat veteran and conservative author, who is seeking the Republican nomination for the 17th Congressional District. The state party also issued endorsements for three statewide offices at their previous meeting, which included pledging their support for Dauphin County Controller Tim DeFoor for Auditor General, former Allegheny County Councilwoman Heather Heidelbaugh for Attorney General, and Iraq War veteran and businesswoman Stacy Garrity for Treasurer.

The Pennsylvania Democratic Party also moved their originally scheduled summer meeting from June 13 to July 18, due to the coronavirus pandemic.

5 thoughts on “PAGOP Summer Meeting Pushed Back to July 10”