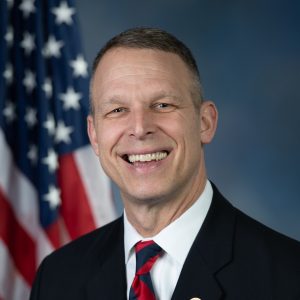 The York County Republican incumbent leads the way in fundraising for the first quarter of 2020 in his reelection bid for the 10th Congressional District.

The four term incumbent has now raised $1.4 million in the election cycle-to-date and entered April with $815,000 cash on hand.

DePasquale’s campaign has now raised $1.01 million in the election cycle-to-date and entered April with just over $655,000 cash on hand.

Tom Brier, an attorney and author who is also seeking the Democratic Party nomination, raised just over $85,000 from the beginning of January to the end of March, while spending just under $145,000 during this time period. His first quarter haul is a slight improvement from the previous quarter when he raised $80,000 in the final three months of 2019, but not as high as the second and third quarters when he raised $100,000 in both.

While the June primary will determine who Perry will end up facing in the November election, the Democratic Congressional Committee selected DePasquale in their first round of challengers for their “red to blue” program, citing his “grassroots engagement, local support, campaign organization, and fundraising,” while adding that they believe he has a “strong record of service” and “an authentic message.”

7 thoughts on “Perry Leads Both Dems in Q1 Fundraising”