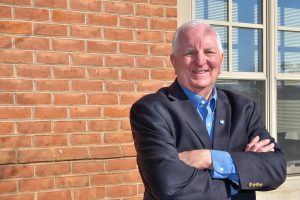 The first Republican has entered the race to replace Auditor General Eugene DePasquale.

“The office of Auditor General plays a pivotal role in delivering transparency and accountability in our state, two essential cornerstones of good government. This makes next year’s race for the position an important one with lasting consequences on our Commonwealth,” Stuckey said in a release. “I am confident I am the right fit for this office based on my wide array of experience and a proven record of delivering results in Lancaster County. So today, I am announcing my intention to run for Pennsylvania Auditor General in 2020.”

In his announcement release, Stuckey touts his three terms as county commissioner and says due to their “strong, principled leadership,” that Lancaster County is “one of the most prosperous and fastest growing counties,” in Pennsylvania.

In addition to serving as a county commissioner, Stuckey also points to his experience as Lancaster County Controller for 6 years starting in 2001, where he said he “learned to be the fiscal watchdog of a county with a $274 million budget,” coupled with his experience in the private sector in the financial and accounting field, where he said he “learned the importance of delivering results.”

Stuckey said that government is working in Lancaster County and believes he can provide the same results in Harrisburg by holding leaders accountable and committing to principles that allow “government to flourish, namely transparency.”

“Accountability and transparency are two legacies I am happy to have helped build in the Commissioner’s office,” Stuckey said. “I have a proven record of eliminating programs that don’t work, protecting taxpayers, and making our government records more accessible to the public. This has helped build trust with colleagues in the Courthouse as well as the people of Lancaster County.”

While Stuckey’s formal announcement for the office was made public on Tuesday evening, he told PoliticsPA in an interview in early July that he was “actively making moves towards seeking Republican Party support,” and began mulling a run for Auditor General since late 2017/early 2018.

Stuckey remains the lone Republican to enter the race thus far, while several Democrats are gearing up for a run.