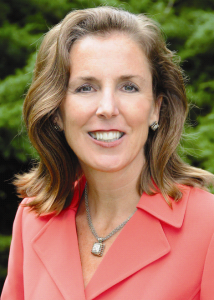 This weekend the DSCC held a retreat at Martha’s Vineyard. Dozens of Senators and Senate candidates were there. So was Katie McGinty.

PoliticsPA has learned she flew to the event on a chartered flight with over fifteen Senators. We were also able to confirm with McGinty’s top political strategist Mike Mikus that she left on Friday night and returned Sunday. Additionally, she will be paying for the trip out of her own funds.

McGinty, Governor Wolf’s Chief of Staff, has been rumored to be a potential 2016 candidate for quite some time. Those rumors intensified after Allentown Mayor Ed Pawlowski dropped out of the race after the FBI raided his office.

Already, grassroots efforts have sprung up in support of her possible candidacy.

Former Congressman and 2010 nominee Joe Sestak has been running since losing to Sen. Toomey by two points four and a half years ago. National Democrats, though, have always had problems with Sestak.

It started when he took on their favored choice, Republican turned Democratic Senator Arlen Specter, and extends to his attitude, fundraising and campaign tactics.

Recently, it appeared Sestak and Democratic Leader Harry Reid had made peace, but that effort may have fallen through.

Of course, currently Gov. Wolf is working on the budget impasse. It’s unclear what impact this stalemate will have on her ultimate decision.

We were told that while McGinty has yet to make a decision, it will come soon.

UPDATE: According to Laura Olson of the Morning Call, Sestak was invited to the retreat but declined.

“Admiral Sestak was invited by the DSCC to Martha’s Vineyard, but spent the weekend meeting Pennsylvanians at events from Elk County to Bucks County,” spokeswoman Danielle Lynch stated.

“A number of people are trying to convince her to run,” Wolf said. “I don’t know what her decision is going to be. We’ve both agreed we can’t let this be a distraction.”