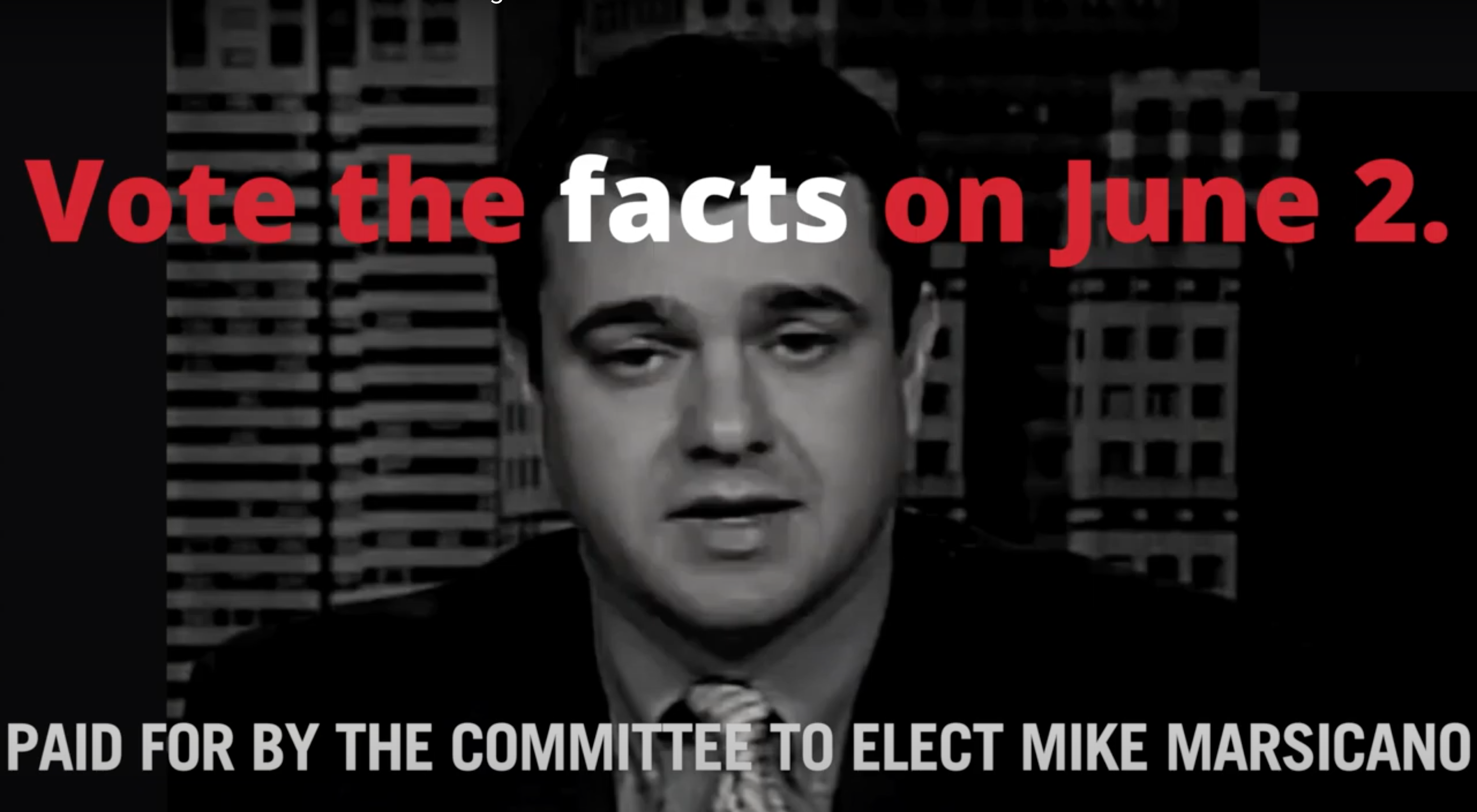 The jabs in the crowded GOP primary for the 8th Congressional District are on the television airwaves in Northeast Pennsylvania.

Mike Marsicano, former Mayor of Hazleton and one of six Republicans seeking his party’s nomination to take on Rep. Matt Cartwright (D-Lackawanna), is on television with a 30 second spot attacking Jim Bognet, a former Trump administration appointee.

“Jim Bognet hasn’t given you all of the facts,” a voiceover says towards the beginning of the ad. “He didn’t tell you that he only moved back to Northeast Pennsylvania a few months ago after spending many years in Washington.”

“He didn’t tell you that he worked for Mitt Romney, the lone Republican to vote for the impeachment of President Trump,” the voiceover adds.

The ad also goes on to claim that Bognet didn’t vote for Donald Trump in the 2016 election because he didn’t vote at all.

The Bognet campaign disregarded the attack.

“Mike Marsicano is a scandal-plagued Hillary Clinton supporter and lifelong Democrat who embarrasses himself any time he talks,” said campaign manager Charles Russell. “We had a good laugh at his ad.”

In addressing the claims made in the attack ad, Bognet did work for Romney in the past during his presidential run in 2012, which has been a point of criticism by fellow Republicans in the race to appear as the “pro-Trump” candidate.

In a previous PoliticsPA story published in late April, the Bognet campaign fended off the Romney connection by describing it as “fighting in the trenches against Barack Hussein Obama,” and deflected by touting his work in the Trump administration.

While the ad attacks Bognet for spending a great deal of time in recent years out of the district, the Bognet campaign seemingly has attempted to play up his hometown roots in a television ad where he references his days as a kicker for the Hazleton Area High School and says the area will start “winning” again by electing a congressman who will be a Trump ally.

A background check that is cited in the attack ad from the Marsicano campaign also shows that Bognet did not vote in the 2016 presidential election.

Marsicano’s past as a Democrat has been a point of attack against him during this campaign. He was a Democrat when he served as Mayor of Hazleton and also ran as the Democratic candidate for Congress in 2016 against then-Rep. Lou Barletta (R-Luzere).

In a PoliticsPA story published in late April, Marsicano deemed the claim that he was a Clinton supporter as “ridiculous” as he touts himself being a “walkaway Democrat” who “proudly voted” for Trump in 2016. While Marsicano never endorsed Sec. Hillary Clinton in 2016, he did speak at a Hillary Clinton campaign headquarters for the Hazleton area.

The Marsicano campaign would not relay how much this specific TV ad buy is, but said that it is running on both broadcast and cable and that it launched last week and will run through the June 2 primary.

Cartwright is currently serving his fourth term in Congress in Northeast Pennsylvania.