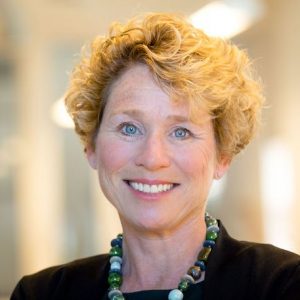 After months of speculation, this Chester County Democrat announced that she won’t launch a campaign for Pennsylvania’s U.S. Senate race in 2022.

First reported by the Philadelphia Inquirer, Rep. Chrissy Houlahan (D-Chester) announced on Tuesday that she will run for another term in the House, instead of joining the statewide race to succeed outgoing GOP Sen. Pat Toomey.

“I have always challenged myself to try to find my ‘highest best use’ in service,” Houlahan said to the Inquirer. “I came to Washington to serve my community, Commonwealth and country at what I believe to be an existential inflection point for our nation. Over the past few months, I have considered whether that ‘highest best use’ should translate to a run for Senate. I have decided that my purpose in service at this time remains as the Congresswoman for the great people of Pennsylvania’s sixth Congressional district.”

Houlahan, who was first elected to the House in 2018, was openly considering a run for U.S. Senate for months.

She raised over $580,000 in 2021’s first quarter, which is more than any other congressional incumbent in the state and entered April with $3.5 million cash on hand, which continued to fuel the speculation about a potential statewide candidacy.

The National Republican Campaign Committee also named her as one of the four Pennsylvania Democrats to their “exit list” when she was considering a run and made her a late addition to the 2022 target list.

Although Houlahan won her reelection bid in 2020 by 12 points over GOP challenger John Emmons in a district that Joe Biden bested Donald Trump by 15 points, according to Daily Kos, her House reelection bid in 2022 may garner more attention from Republicans due to upcoming redistricting.

“As we look towards redistricting and the 2022 races, it is crucial not only that Democrats retain control of the House but that we also succeed in expanding our majority in the Senate,” Houlahan said to the Inquirer. “I will do everything I can to make sure Pennsylvania proudly sends two Democrats to the Senate.”

Houlahan is the latest House incumbent to rule out a run for U.S. Senate.

While Houlahan has ruled out a run for U.S. Senate in 2022, several Democrats have already formally launched campaigns.

According to the Philadelphia Inquirer, other potential Democratic candidates include Reps. Madeleine Dean (D-Montgomery) and Conor Lamb (D-Allegheny).