CNN: PA Senate Seat Stays as Most Likely To Flip In Latest 2022 Ratings 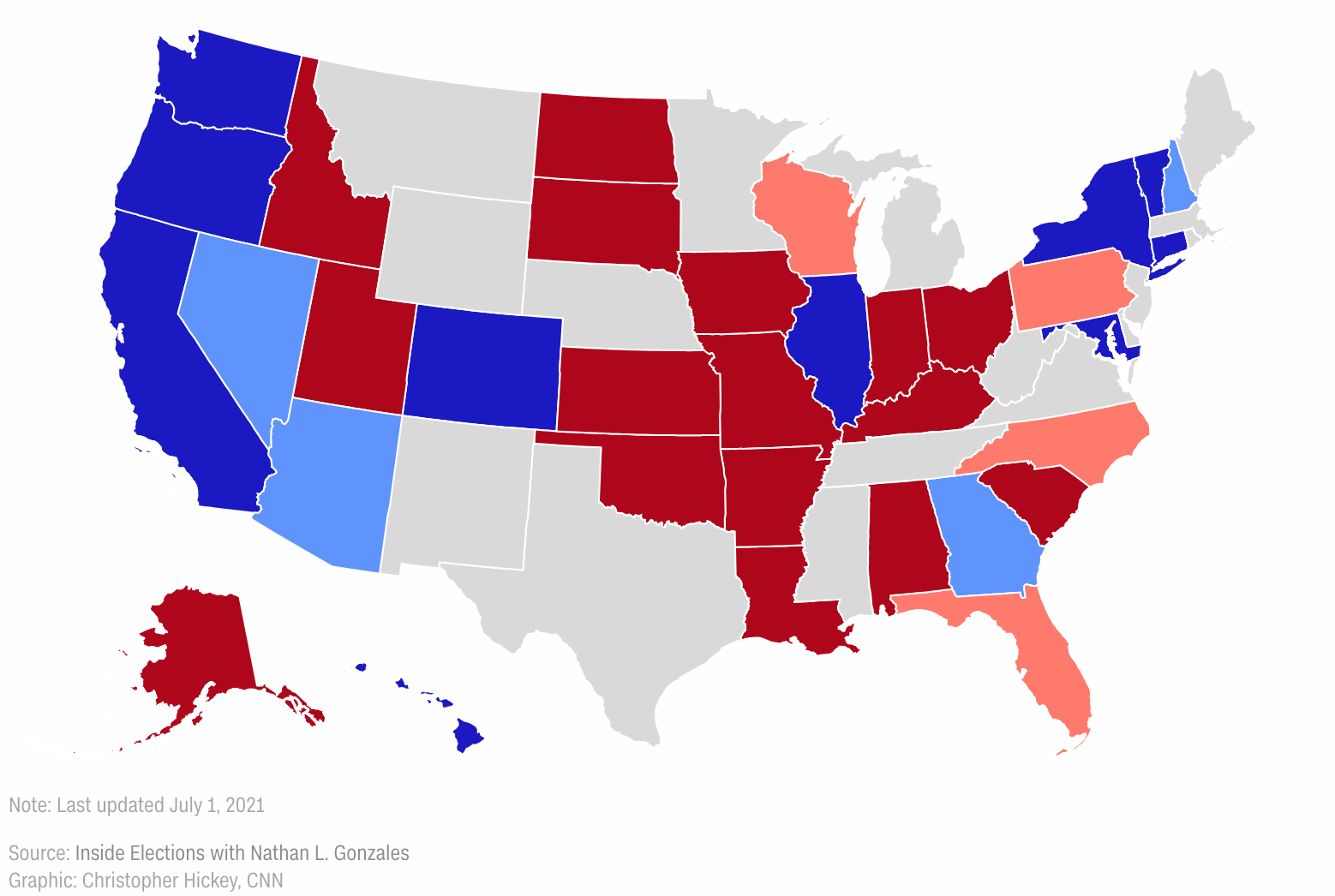 For the third month in a row, Pennsylvania’s U.S. Senate seat remains the most likely to flip partisan control in 2022, according to this national outlet.

CNN’s Simonth Pathe once again leads off the analysis by referencing Pennsylvania’s race being an open seat in 2022 in a state that Joe Biden flipped in the most recent presidential election.

However, Pathe notes that the “primary fields on both sides are still in flux” and provides an update that Sean Parnell, a verteran who lost to Rep. Conor Lamb (D-Allegheny) in 2020, joined the GOP race, while Lamb also “could launch a Senate bid” on the Democratic side.

The lone Republican candidates mentioned by name in the analysis are Jeff Bartos, a Montgomery County real estate developer and former Lt. Governor candidate, and Parnell.

Although Biden bested Donald Trump in the Keystone State in 2020, Pathe writes that “Trump loyalty is a salient factor in the GOP primary,” and adds that Parnell is being backed by Donald Trump Jr. and since he was supported by the GOP President in his 2020 congressional run, which means he “may occupy a Trumpier lane than Bartos.”

However, Bartos has taken shots at Parnell’s old tweets from the 2016 presidential primary which criticize Trump and he mentioned the former GOP president by name in his announcement video.

While Bartos and Parnell are the highest profile names to enter the GOP race to succeed outgoing GOP Sen. Pat Toomey thus far and the only candidates mentioned by name in the CNN article, there are several other candidates that have declared their intentions to seek the party nomination.

Pathe writes that the Democratic field is “crowded” and specifically mentions Lt. Gov. John Fetterman, state Rep. Malcolm Kenyatta (D-Philadelphia), and Montgomery County Commissioner Val Arkoosh being in the race, while “a handful of other state and federal elected officials” are still “looking at the race.”

Although Fetterman leads the way in fundraising thus far, Pathe reports that “Republicans like their odds” against him, but adds that “the list of candidates trying to replace Toomey may keep growing, so expect plenty of drama in this top-tier race before we even get to the general election.”

While Arkoosh, Fetterman, Kenyatta, and Lamb are mentioned by name in the CNN rankings, there are several other Democrat that have formally joined the race and several that are still weighing a run.

In addition to CNN, other national ratings outlets place Pennsylvania’s Senate race in a category that indicates the seat is up for grabs in 2022.